President Barack Obama and First Lady Michelle Obama on Friday stood at the steps of the White House to greet President-elect Donald Trump and his wife Melania as they prepared to vacate the home they lived in for eight years.

The Obamas shook hands, embraced and had small talk with their successors about 10 a.m. “Mr. President-elect, how are you?” Barack Obama asked Trump. “Good to see you. Congratulations.”

Melania handed Michelle Obama a gift and the four posed for a photo before Barack Obama led the group into the White House.

Donald Trump will be sworn in as President of the United States later Friday during an official inauguration ceremony. 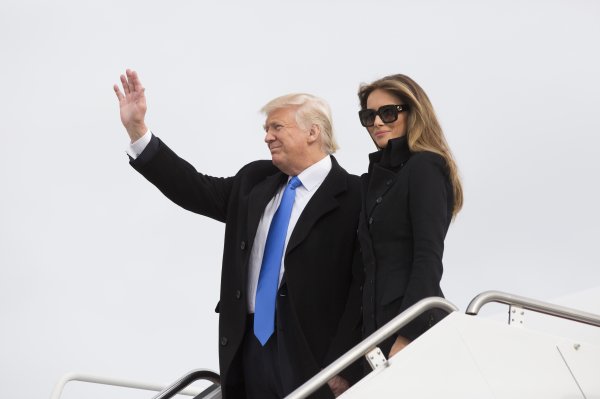