Bernie Sanders Has a Message on Donald Trump's Inauguration Day: 'We Are Not Giving Up'

Bernie Sanders shared a message of encouragement to his supporters on Friday morning, urging them not to despair on the day of President-elect Donald Trump‘s inauguration.

“Today is going to be a tough day for millions of Americans, including myself. But our response has got to be not to throw up our hands in despair, not to give up, but in fact to fight back as effectively and vigorously as we can,” the Vermont senator said in a video posted to Twitter. “And our job is to keep our eyes on the prize. And the prize is that we will continue fighting for a government that represents all of us, and not just the 1%. And we’re going to go forward in the fight for economic, social, environmental and racial justice. That’s who we are. That’s what we’re going to do. We are not giving up.”

Since his unsuccessful primary campaign against Hillary Clinton, Sanders has remained vocal as a staunch opponent to Trump. 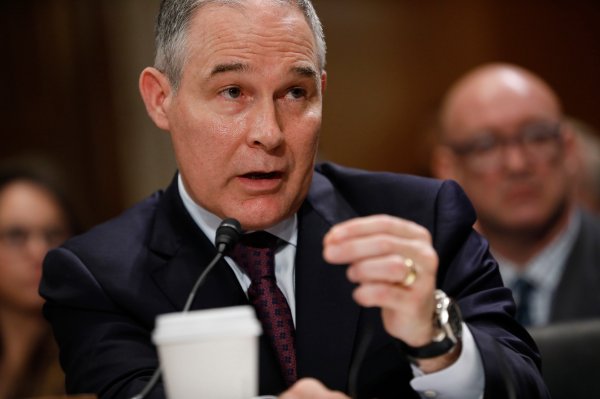