Donald Trump’s two ex-wives, Ivana Trump and Marla Maples, will be present when he is sworn in as the 45th president of the United States of America on Friday.

“My mom will be there front and center,” he said, and added that his 67-year-old mother “is the most supportive person. She knows who he is.”

Marla Maples, who was married to Trump from 1993 to 1999, will also be in attendance on Friday, PEOPLE has confirmed.

Maples, 53, shares daughter Tiffany Trump, 23, with the president-elect. A source tells PEOPLE that while Tiffany was flown to the inauguration on a private jet, Maples must pay her own travel expenses.

Maples supported Tiffany’s participation in her father’s presidential campaign, telling PEOPLE after the recent college grad took the stage at the Republican National Convention last summer, “Having raised her, I knew she would ultimately have a public life. But watching her sit there in that arena [during the Trump Town Hall this spring] with that much pressure on her and see how the love we have shared through the years has shaped her. She has become a woman. I could not have been more proud of her.”

On Thursday, Maples posted a message about patience to Instagram, writing, “A gift for this day and all days.”

The quote read, “This is a time of patience and learning through patience. Remember, things are not as they appear. This is a great key to learning the truth. During these times of patience, the greatest growth is taking place. This is a time where insights of truths are given space to grow and take hold.” 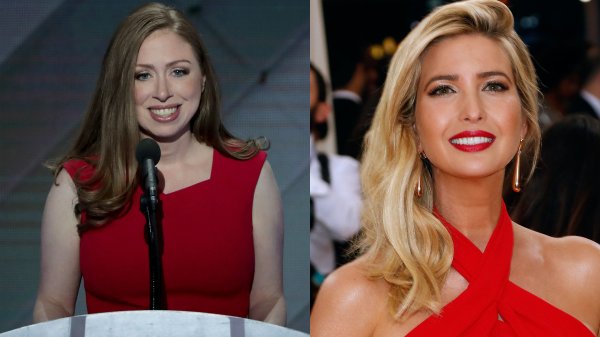 Ivanka Trump and Chelsea Clinton Haven't Spoken Since the Election
Next Up: Editor's Pick