“Anyone who thinks they can sum up the last eight years in a few minutes would have to be a delusional egomaniac,” said Stephen Colbert introducing the return of his eponymous alter-ego on Thursday night’s Late Show.

But of course the summation was no problem to “Stephen Colbert,” the conservative gasbag: “Well, well, well, at long last our America-hating, secret Muslim, lead-from-behind, terrorist fist-bumping, hopey-changey apologist in chief is leaving office,” he said.

The last time that Colbert rolled out out his right-wing namesake, during the 2016 political convention, a legal wrangle ensued that resulted in the TV host being barred from portraying his much loved character.

“What can I do?” Colbert told his audience at the time, according to Deadline. “The lawyers have spoken. I cannot reasonably argue I own my face or name, and as much as I’d like to have that guy on again, I can’t.”

Watch the character’s return, above. 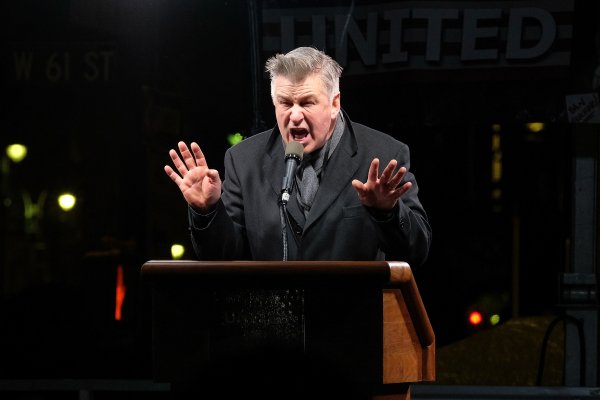