Members of the public are given medical treatment on January 20, 2017 in Melbourne, Australia.
Darrian Traynor—Getty Images
By Joseph Hincks

Three people, including a young child, have been reported dead and 15 injured after a car sped erratically down a busy street in central Melbourne, striking pedestrians.

According to local newspaper the Age, police have arrested a man following the incident near Bourke Street Mall, a popular shopping destination in the city’s Central Business District.

“A male deliberately drove into pedestrians in Bourke Street Mall,” a police spokesperson said during a press conference on Friday afternoon.

“We believe this is connected to an earlier stabbing in the southern metro region. We have the offender in custody. I can also confirm this is not a [terrorism] related incident,” the police added.

At a second press conference soon after 5pm local time, Victoria Police Chief Commissioner Graham Ashton told reporters that the three dead victims were a man in his 30s, a woman in her 30s, and a young child. They were unconnected and had been struck by the car on different parts of Bourke Street, he said.

Ashton confirmed that 15 people had been injured by the vehicle. Five of those—including a three-month-old baby—are in critical condition.

Australian Prime Minister Malcolm Turnbull said on Twitter that the country’s “prayers and deepest sympathy” was with the victims and their families.

Photographs of the dented maroon vehicle reportedly involved in the incident have appeared on social media, along with videos shot near the scene, including at least one that purports to show the arrest of the driver.

Chief Commissioner Ashton described the driver as a 26-year-old man with an extensive history of family violence, drug, and mental health problems. He had come to the attention of the police “on many occasions in the past,” and in recent days in connection with some assaults, he said.

The suspect was shot by police and then taken to hospital for treatment of the bullet wound, which is reportedly non life-threatening. 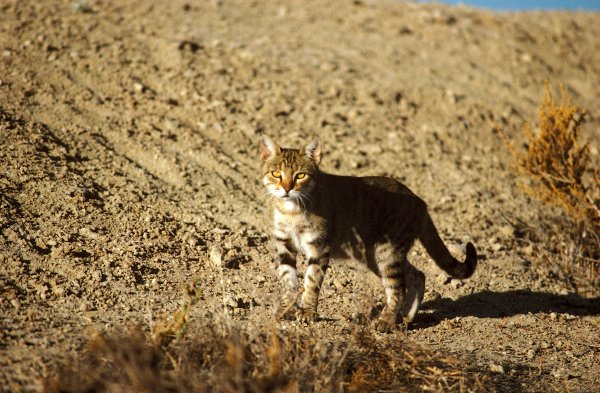 Australia Has a Serious Cat Problem
Next Up: Editor's Pick