Girl Scouts CEO: Why Our Girls Are Marching In the Inaugural Parade

Sylvia Acevedo is Interim CEO of Girl Scouts of the USA.

At Girl Scouts, our job is to mold today’s girls into tomorrow’s leaders. Our mission is to help them tap into their inner leadership potential by standing up for the causes they believe in and striving to take action on the issues important to them. But what does that look like in a polarized age of hyper-partisanship? How do we encourage girls to speak out when it seems everything people say these days gets filtered and twisted through the lens of politics?

Ultimately, it comes down to the values we seek to instill in girls. Values like inclusivity, respectfulness and standing for what they believe in are what girls learn at Girl Scouts. These are the values on which our movement is built, and they will still be the driving force behind Girl Scouts 100 years from now. Indeed, values like these transcend the politics of a given moment, reverberating throughout time. That’s why Girl Scouts has been the preeminent girl leadership organization for over a century.

Throughout our history, the Girl Scout movement has been used as a political sounding board for people and groups trying to make political statements. Our organization is widely cherished as a piece of Americana, and, as such, people can feel a certain kinship with our brand. This means people see Girl Scouts as a reflection of their own values and ideals.

The 2016 presidential election was one of the most polarizing in our history, and it elicited wide-ranging and deep-seated emotions. When people see your organization as an extension of themselves, they may claim a certain ownership of your brand. This means they can feel shocked and even betrayed by certain actions, such as, in this case, girls participating in the presidential inaugural parade, as if those actions were directed against them personally, rather than supporting girls eager to participate in a peaceful transition of power.

Being truly nonpartisan means that we keep our focus on the girls—girls who are every bit as diverse and varied as the nation they represent. It means we work to ensure that every girl has a home at Girl Scouts. It means we can no more turn our back on 75 girls who have chosen to participate in the inauguration than we can on the thousands across the country participating in the Women’s March on Washington the following day.

At Girl Scouts, our legacy is one of uniting, not dividing, and our mission is fundamentally about bringing girls of all backgrounds together to discover their talents and unlock their leadership potential, so that they can lead all of us to the promise of a better day. 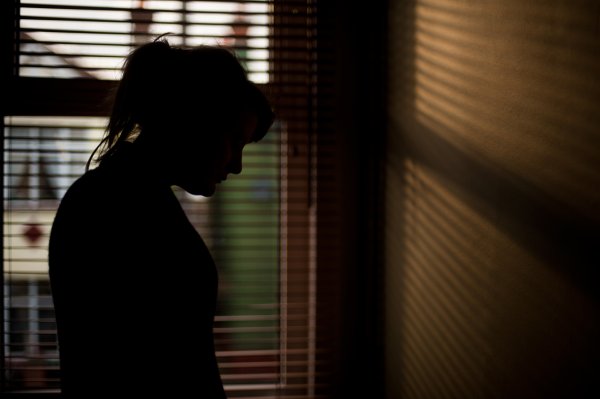 Lawmakers Must Champion Victims of Sex Trade and Human Trafficking
Next Up: Editor's Pick