It’s an old story: a wise man walks into the kingdom of an angry and mistrustful king and says, “Go out and find me one truly good man.”

The king puts on a disguise and for the next year he talks to every person he meets, not only in his own kingdom, but in all the neighboring kingdoms, and in the end he returns and reports this mythical creature, this truly good man, cannot be found. “Some came close,” says the king. “But when I really examined them, they were, in their hearts, all bad.”

And so the wise man goes to the next kingdom, where the king is loving and kind, and he says, “Go out and find me one truly bad man.” This king, too, fails at his task. “I met some people who seemed bad at first,” the king says. “But once I got to know them, I found that there was always some good.”

A great deal of how we see the world depends on our outlook. For the past eight years, President Obama has given the American people the example of his careful consideration, compassion, rigorous intelligence and, wonder of wonders, his love. Love was not something I would have previously thought to look for in a President, but now I’m wondering how I’ll do without it.

It’s there in all those pictures taken of the President with children, the mutual joy in every encounter. It’s in the expansive tenderness and respect he showed his family: mother, mother-in-law, grandmother, sisters, daughters, Michelle. Michelle and Barack Obama. If you’ve lived without an example of respectful adult love in your family, all you had to do was look to the White House to see how it should be done.

There’s been love in the constant celebration of the achievements of others, in the President’s willingness to shine the klieg light of his attention onto veterans, scientists, artists and educators. He loves books! Obama has given more Presidential Medals of Freedom than any other President, saving the last one for his Vice President, Joe Biden, whom he called “my brother” at the surprise ceremony. Biden, like the rest of us watching, was in tears.

Obama’s final days in the White House have been a fire sale of love: he got it out there as fast as he could, trying to release as much good as the law allowed, and it was not just the attempt to make sure some 18 million Americans will continue to have the right to health insurance, an effort that may well prove futile. It was bigger than that, and it was smaller. One of his Administration’s final acts was to declare the rusty patched bumblebee an endangered species, the first bee species in the continental U.S. to be awarded protection. If God has his eye on the sparrow, as I was assured as a girl in Catholic school, then Obama had his eye on the bumblebee.

For eight years, Americans were the beneficiaries of the President’s example, and I am going to miss it. Love seeps in over time, just like hate. I’d gotten so used to the decency of our President that I had come to think of decency as a right rather than a privilege. I was wrong about that. Presidents, like gods and fathers, have a long tradition of showing their concern through discipline. Obama, who was never short on discipline, seemed to believe that rigor was not undermined by kindness and joy.

I keep trying to dissect the enormous lump in my throat as we face the end of Obama’s presidency. Certainly part of it is a fear of the future, and the specter of a new President who stands in stark opposition to everything Obama has worked for and achieved these past eight years. But part of the lump in my throat is gratitude. Obama spent eight years showing us how it’s done. He saw the good in us, he saw the love, and he told us so. Now all we have to do is live up to it. 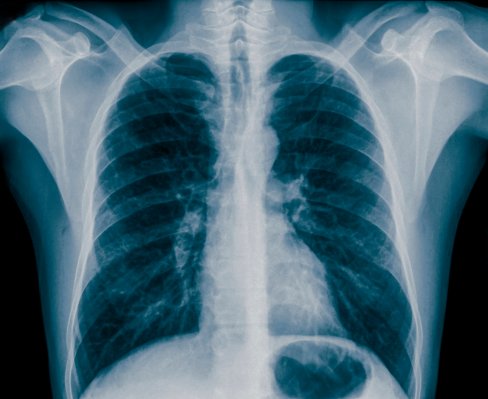 This Soft Robot Will Pump Your Heart For You
Next Up: Editor's Pick