Bush, a former Florida governor, ran for President in 2016. Ross is a former aide to Barack Obama.

Just days before Christmas, as U.S. policymakers were settling into the holidays, Iran staged massive war drills, with one of its top military leaders even boasting that the Persian Gulf was within “range” of its fighting forces. At nearly the same time, Qassem Soleimani, the Commander of the Qods Forces of the Islamic Revolutionary Guard Corps (IRGC), surveyed the battered remains of Aleppo. Soleimani now appears prominently wherever the Iranians deploy Shia militias to weaken existing states and regimes in the broader Middle East. Whether threatening to heat up the Persian Gulf or using Shia militias as an instrument of their power, we are witnessing a pattern of Iranian aggression that has accelerated in the year since the nuclear deal with Iran was implemented.

While Tehran is saber-rattling and threatening our allies in the region, the response from Washington, unfortunately, has remained muted. Time and again, the Obama administration has ignored the comprehensive nature of the Iranian threat and soft-pedaled non-nuclear sanctions seemingly out of fear that Iran would walk away from the nuclear deal.

As a result, and much to the worry of America’s traditional allies, Iran’s leaders have become more emboldened and its footprint continues to grow across the region.

In the past, we have spoken publicly about the flaws of the Joint Comprehensive Plan of Action (JCPOA), which in the end has not halted but only delayed Iran’s path to a bomb—and at the considerable price of abandoning Western leverage against Iran. To respond effectively, the Donald Trump administration should not rip up the deal on day one—that would make U.S. actions and not destabilizing and threatening Iranian behaviors the issue. We need to isolate Iran, not ourselves. But we must raise the costs of continued Iranian intransigence, and to that end, the incoming Trump administration should adopt a more expansive strategy towards Tehran: namely by addressing those vital issues beyond the scope of the agreement, specifically Iran’s chronic regional meddling.

While the JCPOA was being negotiated and implemented, Iranian-advisors with Shia militias from as far away as Afghanistan flooded Syria, giving Tehran a military arc of influence stretching to the Mediterranean. Eleven Arab states also recently accused Iran of sponsoring terrorism and meddling in their internal affairs all while the nuclear agreement has been in effect. The U.S. State Department reached a similar conclusion in June, when it renewed its designation of Iran as the world’s leading state-sponsor of terrorism, citing a “wide range of Iranian activities to destabilize the region.”

A new pressure campaign on Iran can help turn the tide. The United States has no shortage of tools for affecting Iran’s behavior. A good one to start with: aggressively enforce the existing sanctions architecture.

Beginning on day one, the Trump administration can move quickly by pushing for enforcement of the U.N. travel ban imposed on key figures in the Iranian leadership, like Qassem Soleimani, who has been pictured in Aleppo, Falluja and near Mosul, and has met with counterparts recently in Russia. That’s not to mention cracking down on Iran’s multiple ballistic missile launches and its continued shipments of arms to Yemen, violating the U.N. arms embargo. Such behavior is in direct defiance of U.N. Resolution 2231, which enshrines the nuclear deal, and is an example of Iran’s lack of accountability. If Iran continues to violate the letter and the spirit of the deal, the United States must be prepared to walk away from the agreement.

The new Administration should also move quickly to cut off Iran’s financial pipeline. The U.S. Treasury Department’s Office of Foreign Assets Control should not provide licenses to Boeing and Airbus until Iran stops using Iran Air and other carriers to ferry weapons and personnel for the Assad regime and Hezbollah in Lebanon. The United States should also use its leverage with the Iraqi government to restrict airspace used by Iran for these activities.

The new Administration must also establish unmistakable red lines for continued Iranian harassment of U.S. Navy ships in the Persian Gulf, arms shipments to Yemen and other nefarious activity. According to the U.S. military, Iran has stepped up its harassment of U.S. Navy ships in the Persian Gulf. Earlier this month, the U.S.S. Mahan was forced to fire warning shots after IRGC vessels came within 900 yards of the Navy destroyer and did not respond to requests to slow down. According to the Pentagon, a total of 35 interactions with Iranian naval forces were deemed “unsafe and unprofessional” in 2016—in the first half of 2016, the number of clashes were roughly double the number that occurred during the same period in 2015. Providing new and more robust authority to the U.S. Navy to respond to Iranian provocations would be a significant first step.

Finally, the United States must also become more aggressive in targeting Iran’s aggressions in the Middle East. New bipartisan efforts in Congress to turn back Iran’s destabilizing playbook should be widely supported. The Preventing Destabilization of Iraq and Syria Act of 2016, sponsored by U.S. Senators Marco Rubio and Bob Casey, provides a strong foundation. It would mandate the imposition of sanctions against terrorist organizations and foreign countries, like Iran, “that threaten the peace or stability of Iraq or Syria.” Such measures should also be extended to cover other crucial U.S. allies in the region, namely Israel, Bahrain, Saudi Arabia and the United Arab Emirates. It will be imperative for the incoming Administration to maintain the bipartisan consensus in Congress that the status quo in Damascus and Baghdad—and Iran’s role there—is unacceptable.

The Trump administration must broaden the agenda to account for Iran’s aggressive behavior and inappropriate involvement across the Middle East. Only through a new campaign of pressure can the U.S. demonstrate to Iran that it runs very great risks if its policies don’t change and if it is ever tempted to pursue nuclear weapons again. Tougher policies now are likely to reduce the risk of escalated conflict later on. 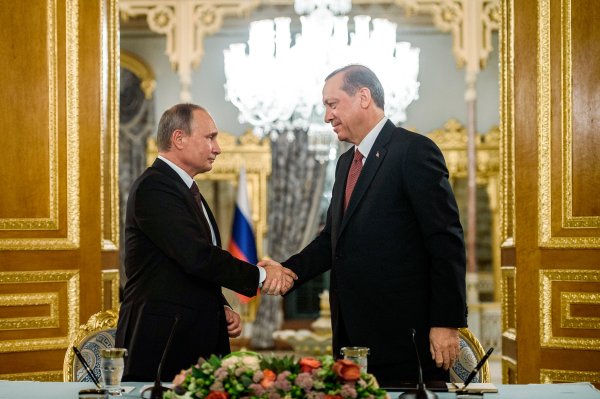