How James McAvoy and Split Mark a New Chapter for M. Night Shyamalan

James McAvoy can summarize pretty much every superhero movie in a couple of sentences—and given that he’s starred in his fair share, he should know. “Every single one is: I saw something terrible happen to my parents, or I was beaten up or my parents were shot in front of me, and then I became Batman. And by the way, I’m really mentally f—ked up.”

Like those movies, McAvoy’s new psychological thriller, Split (Jan. 20), springs from the premise that one’s trauma can be the source of one’s strength. But rather than dispatching with said trauma in an early flashback, Split explores its every crevice and trains a microscope on its aftermath.

Written and directed by M. Night Shyamalan, the movie stars McAvoy as Kevin, who in response to childhood abuse has developed 23 personalities who compete for control of his brain. The alters include a Kanye-obsessed grade-schooler named Hedwig, a flamboyant fashion designer named Barry and a devout disciplinarian named Miss Patricia who favors turtlenecks and Pashmina shawls. When two of the personalities collude to kidnap three high school girls (led by Anya Taylor-Joy of 2016’s The Witch) and deposit them in a dreary basement, whatever equilibrium Kevin once had devolves into full-fledged crisis.

After a decade characterized by a string of critical flops, Split is already amounting to something of a comeback for Shyamalan. Reviews are better than they’ve been for any of his films in a decade, and the movie’s opening weekend box office is tracking at a healthy $23 million.

And Split feels different from its predecessors, too. On a superficial level, there’s its shoestring budget ($5 million), which, except for 2015’s The Visit, is the lowest of any film he has made since his first ever movie, produced while he was in college and never distributed. And if you look for many of the director’s hallmarks, you’ll come up empty-handed. He does not, as in past movies, appear in a cameo, and the ending is less a twist—once Shyamalan’s signature move—than a gentle curve. But more than anything, Split succeeds on the strength of McAvoy’s performance and the director’s commitment to it.

“You look at the list of who could play [the part] as it’s written,” says Shyamalan, “and it’s a very small list: who could play a child, who could be threatening, who could be funny, who could be poignant, who could bring emotion to it.” He cast McAvoy after a chance meeting at Comic-Con, and the actor relished the opportunity to attack not just one but at least nine different roles (Kevin has 23 personalities, not all of them appear in the movie). “They’re not like you and I,” he says. “They aren’t born because their parents had sex. They’re born to perform a function. Building them wasn’t a case of looking at what happened in their childhood. It was more about, what is their job?”

Dissociative identity disorder (DID)—a controversial diagnosis once known as multiple personality disorder—has long been fodder for storytellers, from Robert Louis Stevenson’s 1886 novella Strange Case of Dr. Jekyll and Mr. Hyde to the Farrelly brothers’ 2000 comedy Me, Myself & Irene. Shyamalan became fascinated with the condition as a college student and first conceived of Kevin not long after his Oscar-nominated hit The Sixth Sense left theaters.

“The mind is protecting itself, and it creates a new way to exist in light of the trauma that’s causing it,” he explains. He cites DID patients whose ability to hyperfocus allows them to play a piece by Beethoven after merely hearing it, and wonders if they might, in fact, represent untapped human potential. “They can do things we can’t, but are we calling that a disorder? We’re the order?”

In the the last 15 years, Shyamalan read all of the medical literature he could get his hands on. McAvoy, meanwhile, did his most meaningful research on YouTube, where many real-life DID patients keep video diaries. “It’s a tailor-made platform for a group of people with DID,” he says, “because they all get to project into the world: ‘I’m here. And these are my hopes and fears and dreams. And by the way, he’s here now, and we’re all here, and it’s all of our body.’”

Setting aside a pair of sore feet (Miss Patricia’s heels) and a broken hand (a steel door that got in the way of his fist after a frustrating take), McAvoy’s performance was facilitated by the militant precision with which Shyamalan approaches his movies. Unlike other directors for whom the script is a suggestion and the storyboard, if one exists, hardly referenced during production, a Shyamalan script is a bible and his storyboard a Rand McNally atlas. “It sounds perverse,” says McAvoy, “but there’s a freedom that comes with it because you stop trying to make the scene better and just try to do the scene as well as you can.”

Split may be deemed a comeback, but it’s something else, too: a rebranding. Shyamalan sees his brand not as a prison, but as a house. And unlike the young women under threat by Kevin’s alters, he’s not a prisoner. He’s the architect. “This feeling when you hear my name,” he says, “it’s up to me to change that.” 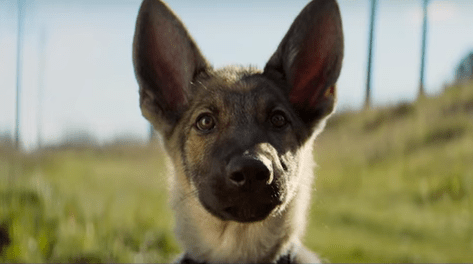 Universal Cancels Premiere of A Dog's Purpose
Next Up: Editor's Pick