“That’s probably the most useful advice, the most constructive advice that I’ve been able to give him—that if you find yourself isolated because the process breaks down or if you’re only hearing from people who agree with you on everything,” Obama said, “that’s when you start making mistakes.”

Obama explained his decision to commute the sentence of Chelsea Manning, who admitted to leaking secret government documents to WikiLeaks. He spoke about the U.S. relationship with Russia, and ended on a note of optimism about the country’s future.

“I believe in this country. I believe in the American people. I believe that people are more good than bad. I believe tragic things happen. I think there’s evil in the world. But I think that at the end of the day, if we work hard and we’re true to those things in us that feel true and feel right, then the world gets a little better every time. That’s what this presidency has tried to be about,” he said.

“So this is not just a matter of ‘No Drama Obama.’ This is what I really believe.”

Read the transcript of his full remarks from the White House: 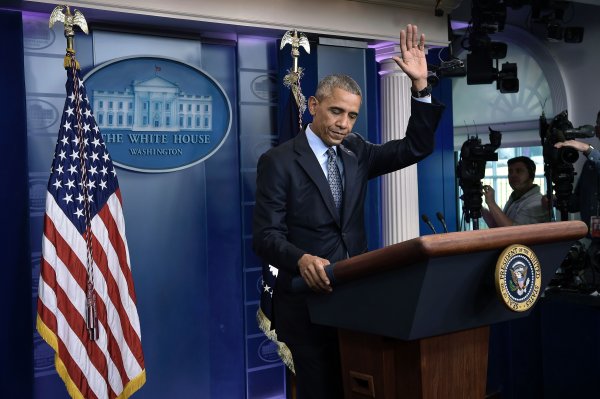 Obama's Final Thoughts: 'We're Going to Be O.K.'
Next Up: Editor's Pick