In the Trump Era, Israelis and Palestinians Must Find Their Own Path to Peace

In the Middle East, the last five years has seen the greatest geopolitical change for a century. Iraq, Yemen and Syria are no longer territorially coherent functioning states, with the civil war in the latter a stain on humanity. Egypt has had a revolution, democracy, theocracy and a coup, whilst the West’s nearly 40 year-long cold war with Iran has begun to thaw, just as the whole region is engulfed in a Sunni-Shia/Saudi-Iranian proxy war.

Yet the Israeli-Palestinian conflict—the hinge on which the rest of the region used to swing—has been strangely static. Israeli Prime Minister Benjamin Netanyahu heads a right-wing coalition with no real interest in pursuing a two-state solution, while President Mahmoud Abbas oversees a fractured and corrupt Palestinian Authority with no ability to deliver a deal, nor even to visit Gaza, where Hamas continues to reign, and misery continues to prevail. Just as history is being written and re-written all around them, Israelis and Palestinians remain submerged in a decade-long status quo of creeping settlement growth and sporadic violence.

However, the election of Donald Trump has turned this reality upside down. The passage of United Nations Resolution 2334 in late December, which reaffirmed that Israel’s settlements in occupied territories have no legal validity, would likely not have happened without the looming shadow of Trump.

The U.N. resolution served as a prelude to the pantomime and dysfunction of the peace conference held in Paris on Jan.15 with 70 nations in attendance, but no Israelis nor Palestinians. The U.K. government refused to sign a joint statement calling on both sides to recommit to a two-state solution, and opposed its adoption by the EU’s Foreign Affairs Council — a surprising turn of events, since the U.K. is widely believed to have masterminded Resolution 2334.

One supposition is that British Prime Minister Theresa May—keen to tether a U.K. now unmooring itself from Europe to the U.S. instead—has fallen in line with President-elect Trump’s worldview on Israel. That worldview could not be more different to the outgoing Obama administration, whose genuinely pro-Israeli position could be summed up as “friends don’t let friends drive drunk”; that is, build settlements that destroy a two-state solution.

Trump, on the other hand, is plying his alcoholic friends with liquor, and goading them to drive faster. He has promised to move the U.S. Embassy to Jerusalem, though no country on earth currently has its embassy there, nor recognises Israel’s annexation of the eastern part of the city. This could unleash violence on a scale we have not seen for over a decade, with the potential to create ripples around the Islamic world. Trump appointed David Friedman, a man who vehemently opposes a two-state solution, and raises money for settlements, as his Ambassador to Israel. To avoid any ambiguity, he intends to make his son-in-law Jared Kushner—another patron of settlements — his Middle East Peace Envoy.

After a prolonged stasis, it seems likely that for the first time since the Cold War we are about to see a serious break in international consensus on the Israeli-Palestinian conflict. The E.U. will likely adopt a much firmer posture toward Israel, while the U.S.—with its legislative and executive branches now aligned with the Israeli right-wing—allows Netanyahu to drop even the pretense of support for a two-state solution. The Quartet—established in 2002 and made up of the United Nations, the United States, the European Union, and Russia— cannot be expected to function in such an environment.

Amid international disorder and rancour, suddenly the Israelis and Palestinians take centre stage. The world has failed these people, but was never going to save them from themselves anyway. A conflict ends when the people at its center look over the precipice, and recognise that compromise is a life-or-death imperative.

We are hurtling toward that precipice now, and all eyes must turn toward the 14 million Arabs and Jews, intertwined and roughly equal in number, who live between the Jordan River and the Mediterranean Sea. Real change will require ordinary citizens stepping up, getting organised, and demanding a genuine break from history. Their fate is in their own hands. Despite all their internal dysfunction, looking at the state of the world in 2017, that could be very good news indeed. 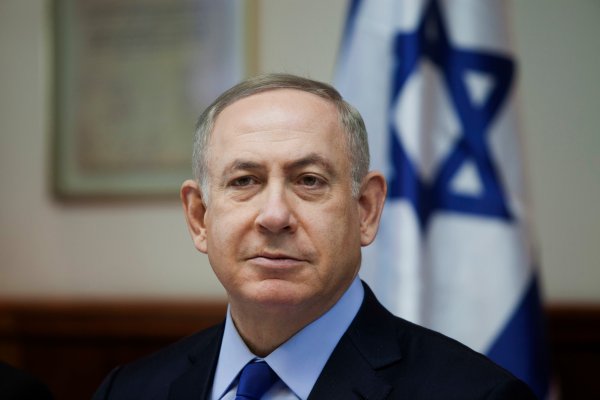 The U.S. Should Form a Closer Military Alliance with Israel
Next Up: Editor's Pick