George H.W. Bush will not be attending Donald Trump’s inauguration, saying it’s because of a doctor’s recommendation.

The 41st president of the United States wrote to the president-elect explaining why he will be absent. “Barbara and I are so sorry we can’t be there for our Inauguration on January 20th,” he wrote in the letter Jan. 10. “My doctor says if I sit outside in January, it will likely put me six feet under. Same for Barbara. So I guess we’re stuck in Texas.”

Bush has suffered from various health problems in recent years, and has been hospitalized for “shortness of breath” since Saturday. “But we will be with you and the country in spirit,” he wrote to Trump in the letter. “I want you to know that I wish you the very best as you begin this incredible journey of leading out great country. If I can ever be of help, please let me know.” 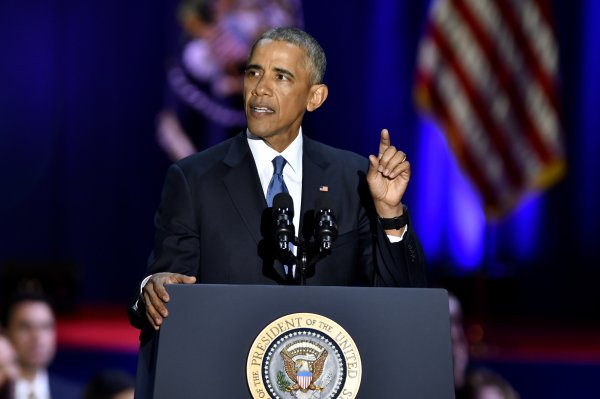