A new species of tiny moth has been named after Donald Trump, partly because the President-elect’s hairstyle resembles the moth’s distinctive yellow and white scales.

The minuscule creature, named Neopalpa donaldtrumpi, is the first species to bear the name of the soon-to-be president, whose inauguration is this Friday. It was discovered by Vazrick Nazari, a biologist and researcher from Ottawa, Canada.

“The new species is named in honor of Donald J. Trump,” Nazari wrote in a review of the species. “The reason for this choice of name is to bring wider public attention to the need to continue protecting fragile habitats in the U.S. that still contain many undescribed species. The specific epithet is selected because of the resemblance of the scales… of the moth to Mr. Trump’s hairstyle.”

The micro-moth was discovered in southern California, but its habitat extends to Baja California in Mexico.

Last year a critter found in the Peruvian Amazon hit the headlines because of its striking resemblance to Trump’s hairdo. The flannel moth caterpillar (Megalopyge opercularis), was subsequently dubbed the ‘Trumpapillar’ by researchers, Life Science reports. 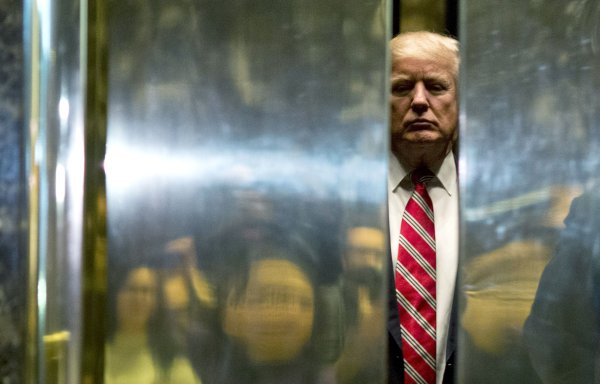 Donald Trump, Have You No Sense of Decency?
Next Up: Editor's Pick