The Fighting Over Erdogan's Constitutional Reforms Has (Literally) Begun

On Jan. 11, members of Turkey’s parliament gathered in Ankara to debate a package of constitutional amendments that includes a dramatic expansion of presidential power. Perhaps it was only fitting that it quickly devolved into a fistfight.

During the heated debate, opposition lawmakers took control of the parliament chair’s seat in an attempt to filibuster or block the amendments from moving forward. Deputies from the ruling Justice and Development Party (AKP) protested, and moved in to retake the stand. A filibuster is one thing, but a physical occupation of the chair was against parliamentary procedure, they later argued. Punches were swiftly thrown. Video footage of the incident shows a frenzy of MPs pushing and shoving each other.

In one photo, AKP lawmaker Ravza Kavakci Kan looks on at the rugby scrum of men in suits. Her arms are folded, her lips pursed in a look of utter disappointment. “I couldn’t physically go in between men to stop them. There wasn’t anything I could do. I was thinking the Turkish people deserve better. We shouldn’t have this in the parliament,” she told TIME in a phone interview. “There is no right or wrong here. We could have been able to just talk about it and express our differences through our words.”

The brawl in the house of parliament was an illustration of the yawning divide in Turkey between supporters and opponents of President Recep Tayyip Erdogan and his party, the AKP, in the wake of the failed military coup last July. As the bill moves through parliament on the way to a referendum expected in the spring, the proposed revisions to the constitution are at the center of a fierce political fight. The proposal effectively replaces the current parliamentary system with a presidential system. Proponents say the changes will bring governmental stability. Opponents say they sling Turkey further down the road to autocracy.

The proposed overhaul of the constitution would abolish the office of the prime minister, and grant the president the power to appoint and dismiss ministers. It would also expand the president’s authority over the judiciary, and eliminates parliament’s right to interpellation, or the ability to submit formal questions on the government’s actions to the executive. The president would be directly elected every five years.

The proposed constitution is seen by Erdogan’s critics as an endgame in Turkey’s grand political contest, a step that could permanently transform the Turkish state and complete Erdogan’s grip on power for years to come. “Turkey will transition from symbolic presidency to a symbolic parliament,” says Aykan Erdemir, a former member of parliament from the liberal opposition Republican People’s Party (or CHP). “Parliament will basically be a rubber stamp, and the parliament will have little capacity and little opportunity to check, basically, the executive.”

In Turkey, discussions over the merits of the constitution inevitably turn to the man who occupies the office, and who could remain in power for some time. Erdogan became president in 2014 after serving for more than a decade as prime minister. He is riding a surge of popular support and nationalist feeling after the coup, and has launched a clampdown on political opponents, leading authorities to detain journalists, academics, and about a dozen opposition members of parliament. Even though the presidency is theoretically less powerful than the prime minister’s office in the current system, Erdogan is by far the more influential leader, far overshadowing prime minister Binali Yildirim.

That raises a question. If Erdogan already enjoys nearly unchecked power, why transition to a full presidential system? Analysts point out that Erdogan is maneuvering in the context of Turkey’s hard knuckle politics, where the cost of losing is potentially greater than a simple exit from office. Modern Turkey has a history of civil unrest and military coups, including one that resulted in the execution of the elected prime minister, Adnan Menderes, in 1960. Erdogan has told confidants that he was deeply affected by the memory of Menderes’ killing, recalling his father weeping when he heard the news broadcast. “I think what drives Erdogan’s push is fear,” says Erdemir.

There is also a political rationale. The new presidential system would allow Erdogan to control his political future, regardless of how his party fares in parliamentary elections. “It’s an interesting decoupling. Erdogan is basically decoupling his prospects from the prospects of the party, that is, the AKP. Because he knows that the AKP is fallible,” says Erdemir, who is also a senior fellow at the Foundation for the Defense of Democracies.

Still, supporters of the government insist the constitutional changes are a healthy shift, toward a system some compare to the American presidential system. “This is not a change in the Turkish regime. We’re still a republic. We’re still a democracy, growing democracy. But this is a proposal to change the way democratic governance is done. This is a system change,” says Kavakci, the AKP lawmaker.

The centralization of power around the presidency has prompted ripples of opposition even from within Erdogan’s own party. Former Prime Minister Ahmet Davutoglu, an influential AKP figure, said in remarks published in Turkish media on Thursday that he had delivered “feedback, responses and concerns” to Erdogan about the new presidential system. “It’s right to collect executive powers in one center but this formation has to take shape around separate legislative and judicial powers,” he was quoted as saying.

Critics of the presidential system claim their opposition is based on principle, rather than on opposition to Erdogan himself. “Anyone with this power would be a nightmare for Turkey, because they would basically be more powerful than Ottoman sultans,” says Ilhan Tanir, a Washington-based political analyst.

After it is approved by Turkey’s parliament, the proposed constitutional amendments are headed for a referendum later this year. The public vote on the changes injects an element of unpredictability into the constitutional process. Recent public opinion polls show that the public is split over the changes, with some surveys showing a small majority opposed to the amendments. The outcome of the vote will depend on myriad factors, including mobilization by various parties and the power of Erdogan’s personal following. Expect more fighting — and not just in the Turkish parliament. 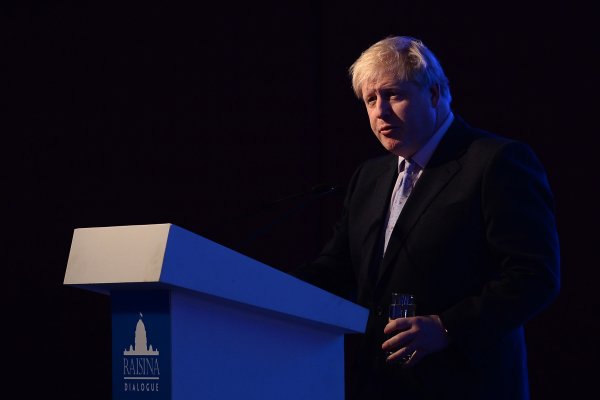