A former Apprentice contestant who accused President-elect Donald Trump of sexual assault and harassment in October filed a lawsuit Tuesday suing him for defamation.

Summer Zervos came forward in October to accuse Trump of sexually harassing her when she asked him for professional advice in 2007. She said he repeatedly kissed her on the mouth, put his hand on her breast, and tried to get her to “lay down and watch some telly telly” in the bedroom. At the time, Zervos was one of almost a dozen women who came forward during the campaign to accuse Trump of sexual misconduct throughout his career.

After she made her accusation, Trump attempted to discredit her story. He released a statement saying “I never met her at a hotel or greeted her inappropriately a decade ago,” and at various rallies he accused Zervos and other accusers of making up the stories as “false smears for personal fame,” suggesting that they were fabricating the stories for financial or personal reasons. He also tweeted that Zervos’s accusation was “yet another hoax.”

Zervos is suing Trump for compensatory and punitive damages, but says she will waive the financial requests if he simply apologizes. “I want Mr. Trump to know that I would still be willing to dismiss my case against him immediately for no monetary compensation if he will simply retract his false and defamatory statements about me and acknowledge that I told the truth about him.” Zervos’s lawyer, Gloria Allred, said she took and passed a lie detector test before filing the suit.

Allred said that she would seek to depose Trump and get him to testify under oath, as well as subpoena recordings Trump made during The Apprentice. Sitting Presidents can be sued over their private conduct or their behavior before their presidency, the Supreme Court ruled after Clinton attempted to postpone a lawsuit brought by Paula Jones. Clinton’s testimony in that lawsuit led to allegations that he lied under oath, and his subsequent impeachment. 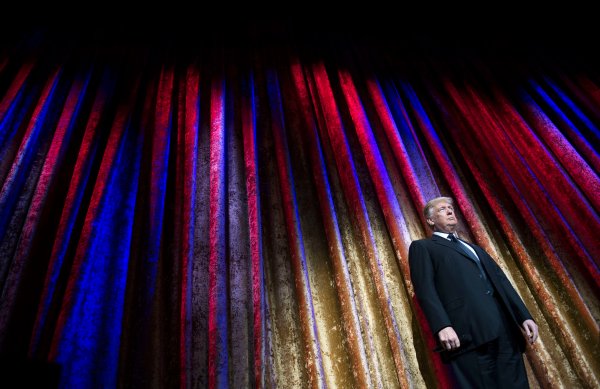