Gerald Levin to Donald Trump, on Rep. John Lewis: Have You No Sense of Decency?

I write not to contest your imminent inauguration, rather to offer a plea for decency and respect, for your assumption of leadership based on moral values and spiritual principles. Nor am I joining the chorus of incessant video pundits clamoring for you to pivot from voter-resonating slogans to Presidential policy stratagems. Yes, I am a lifelong progressive Democrat, no I am not mourning Secretary Clinton’s misguided campaign. What moves me to address you is the turning point, the line you crossed by demeaning John Lewis instead of honorably responding to him by saying you intend to be worthy of his support and that you appreciate the historical role he played in Selma with Dr. King, as we, as a unified nation, pause, to honor the slain Civil Rights leader.

When I was 15 watching the Army-McCarthy hearings on primitive TV in June of 1954 (you can catch me for skipping school), I was moved, then and now, in every fiber of my being by the reverberating words of chief counsel for the Army, Joseph Welch, calling out the callous Senator Joseph McCarthy: “Have you no sense of decency, sir? At long last, have you left no sense of decency?” McCarthyism soon thereafter was historically dead. Vilification plants the seeds of its own demise.

In college, I majored in Biblical Literature, specializing in the interface between the Old and New Testaments. What meant most to my emerging sensibility was the profound beauty of Jesus’ Sermon on the Mount. In Matthew 7:1-2, Jesus instructs us “Judge not, that ye be not judged…” While I have failed many times to live up to this standard, I now see the true value of not judging anyone until you put yourself in their place.

Since you are ascending to the highest office in the land and as the proprietor of American Exceptionalism, please ignite us with what you truly believe, what are your guiding values. I have lived in many respects an inauthentic life, but I can see with the closing curtain of advancing age that what I must leave for my family, my children and my grandchildren is the spiritual sense that God is in everyone and that it is our moral obligation to make the world a better place than when we found it.

It is time to lead with uplift not disparagement.

This article originally appeared on Deadline. 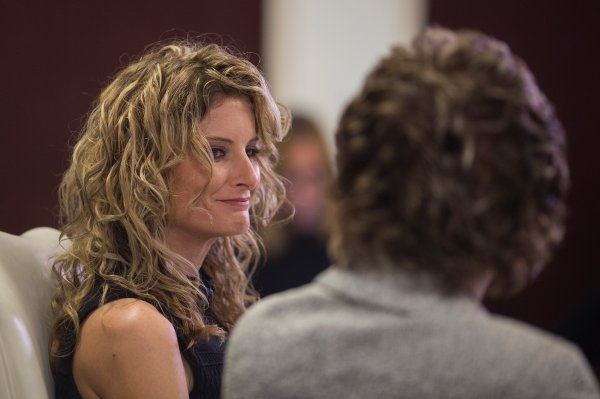