Artists Mobilize in the Face of Donald Trump's Presidency

In the weeks and months leading up to the inauguration of Donald Trump, many of the president-elect’s most outspoken opponents have been artists, performers, writers, designers and entertainers. Performers for Inauguration Day have been hard to come by, with dozens of entertainers unwilling to align with Trump and others, like the Bruce Springsteen cover band the B Street Band, backing out of their agreements to participate in the festivities.

Among the protesters are a number of visual artists who have dissented against the President-elect either through boycott or by creating art that reflects the particularly turbulent political climate. Here are some of the most prominent artists and collectives who are protesting Trump, and the statements they have made against the incoming administration.

Richard Prince: The artist disavowed a printed painting he made of one of Ivanka Trump’s Instagram posts, which she purchased in 2014 for $36,000, and returned her payment in full, the New York Times reported. Prince announced his decision through a series of tweets, with one written to mimic Donald Trump’s rhetorical style:

“This is not my work. I did not make it. I deny. I denounce. This fake art,” Prince wrote.

In an interview with The New York Times, Prince said, “It was just an honest way for me to protest. It was a way of deciding what’s right and wrong. And what’s right is art, and what’s wrong is not art. I decided the Trumps are not art.”

Shepard Fairey: The artist known for creating the iconic HOPE poster of President Barack Obama during his 2008 campaign has printed posters for the inauguration, and they do not feature Trump. Working with artists Ernesto Yerena and Jessica Sabogal, Fairey has made a set of screen prints that “capture the shared humanity of our diverse America,” according to a Kickstarter campaign for the project.

Illma Gore: Partnering with the activist collective INDECLINE, Gore, who last year stirred controversy by depicting Trump with a micropenis, is now putting forth art made out of blood to protest his presidency. Called “Rise Up Thy Young Blood,” the mural is a modern twist on the creation of the first American flag and is painted almost entirely out of blood that belonged either to Gore or came from donations. Gore told LA Weekly that she has faced attacks from Trump supporters for her past work, but she intends to continue to create.

“I plan on being a pain in his ass honestly,” she told LA Weekly. “I’m not going anywhere.”

Hank Willis Thomas and Eric Gottesman: The artists created an artist-run super PAC, For Freedoms, to help people become more deeply engaged in politics. Some of their works, including a piece with Trump’s campaign slogan “Make America Great Again” superimposed over a famous photograph from the Selma to Montgomery marches in 1965, are featured on billboards intended as a kind of public gallery. The super PAC has more worked planned for the remainder of 2017, according to an Instagram post.

J20 Art Strike: Several artists have signed up in support of an art strike on Jan. 20, the day of Trump’s inauguration. The #J20 Art Strike calls for “an act of noncompliance,” and asks that museums, galleries, theaters, concert halls and other art venues close for the day to protest Trump. Among the artists who have signed in support are Cindy Sherman, Richard Serra and Coco Fusco, along with critics Hilton Als, Molly Nesbit and Hal Foster. Check out the full list here.

The Nasty Women Art Exhibition: Sparked by artists Roxanne Jackson and Jessamyn Fiore with a post-election Facebook post inviting female artists and curators to participate in a group show, the exhibition went up at New York City’s Knockdown Center on Jan. 12. Similar exhibitions have been organized in other U.S. cities, with proceeds from sales of the work going toward Planned Parenthood.

“This show isn’t necessarily about highlighting individual artists,” Jackson told the Huffington Post. “It’s about female-identifying artists coming together against the Trump regime.”

Check out the schedule here. 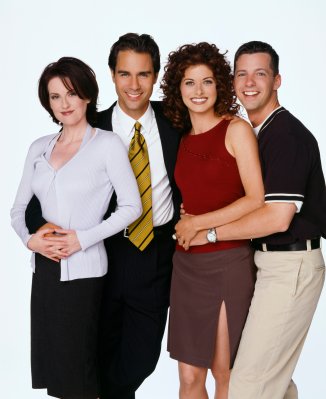 Will & Grace Is Coming Back at the Perfect Time, Unfortunately
Next Up: Editor's Pick