Donald Trump’s nominee to be the country’s next health care czar invested last year as much as $90,000 in six pharmaceutical companies shortly before leading a legislative and public relations effort that benefited those specific companies, records show.

Within weeks of making investments worth between $1,000 and $15,000 in Eli Lilly, Bristol-Meyers Squibb, Amgen, McKesson, Biogen and Pfizer according to Congressional disclosure forms, Rep. Tom Price co-sponsored legislation and took part in a public effort that ultimately killed proposed regulatory changes that would have likely hurt those companies’ bottom lines.

The six pharmaceutical companies where Price made investments all lobbied Congress to stop the regulatory changes, Congressional lobbying records show, which would have changed the way Medicare reimburses doctors for expensive drugs.

Price’s investments, discovered as part of a TIME review of Congressional and lobbying records, raise new questions about Trump’s Cabinet, which ethics watchdogs say has not taken care to avoid appearances of conflicts of interest.

According to a TIME review of Congressional financial disclosures, Price held between at least $60,000 and $250,000 in stocks in health care-related companies as of the end of 2016. Price also sits on the House of Representatives subcommittee, the House Ways and Means Subcommittee on Health, that deals in health care-related legislation. On Monday CNN reported that Price invested between $1,000 and $15,000 in a medical device manufacturer, Zimmer Biomet, before introducing legislation last year that would have helped the company.

“The correlation between Price’s purchase of these stocks and the actions he took as a member of Congress certainly raises questions about Price using his position as a member of Congress for his own personal financial benefit,” said Brendan Fischer, associate counsel at the Campaign Legal Center. “By the time that Price was getting around to advancing the interests of these companies he knew full well that he potentially stood to profit personally from the defeat of these changes.”

Price spokesman Phil Blando said that the trades were conducted via “a broker-directed account without [Price’s] input or knowledge” and that Price only knew of the trades “after the fact.” Blando said that Senate Democrats have also made large trades in pharmaceutical companies.

Price, a Tea Party Republican and orthopedic surgeon, is a conservative stalwart on Capitol Hill. A regular at the right-wing think tank Heritage Action retreats, he is respected by conservative colleagues as a health-care wonk. He has long been one of the more vocal opponents of the Affordable Care Act and has regularly supported or cosponsored legislation backed by pharmaceutical companies and health care groups.

As nominee for Secretary of Health and Human Services in the incoming Trump Administration, Price would have wide latitude to oversee Medicare, Medicaid, the Centers for Disease Control, the National Institutes of Health, the Food and Drug Administration and numerous others, putting him in charge of regulating companies in which he has thousands of dollars in investments.

Senate Democrats including Senate Minority Leader Chuck Schumer and key members of the committee that will be questioning Price on Wednesday this week have called for an ethics investigation into Price’s investments. Price has said he will divest in the companies after his Senate confirmation hearing.

Price’s critics say he has acted in the interests of drug companies and doctors over patients, arguing that his role in the Medicare payment fight last year provides a window into how he will govern as HHS secretary. “What I see here is someone who is being placed in a position after taking a lot of money from the pharmaceutical companies to be in the position where he can do a lot of help for pharma,” said Rep. Jan Schakowsky, a Democrat who opposed Price on the Medicare reimbursement fight.

Price’s role in the Medicare reimbursement proposal began in March 2016.

On March 8, a little-talked about government agency, the Centers for Medicare & Medicaid Services proposed a new rule to reduce Medicare doctors’ incentives to prescribe expensive treatments for cancer drugs and arthritis treatments. It was praised by academics who saw it as a smart first attempt to relieve burdensome expenses for seniors on lifesaving drugs.

The CMS proposal would have lowered Medicare reimbursements to doctors for drugs from 6% of the price of the drug to 2% plus a small flat fee. The Obama Administration argued it would incentivize doctors to prescribe generic, cheaper drugs instead of their much more expensive counterparts, for which the federal government and sick patients foot the bill. On March 10, Price first announced his opposition to the proposed changes.

On March 17, a week after CMS proposed the new rule, Price’s broker invested between $1,000 and $15,000 in each of the six pharmaceutical companies, Eli Lilly, Bristol-Meyers Squibb, Amgen, McKesson, Pfizer and Biogen, financial disclosures show. Those six companies strongly opposed CMS’s new Medicare proposal, lobbied against it in Congress and created a public relations campaign against the change.

On April 15, Price signed off on financial disclosures that showed he had invested in those companies.

Then, on April 29, Price signed on as an original co-sponsor on legislation introduced in the House that would have blocked the proposed regulatory changes if they were ever enforced. On May 2, Price was the top signatory on a letter that opposed the Medicare rule changes and included Democratic signatories as well.

“The Administration’s alarming Medicare Part B Drug Payment Model will make it harder for our nation’s seniors and sickest patients to receive the drugs they so desperately need,” Price said about the CMS plan in May.

Over the following months, the CMS proposal faltered and then died, which sources inside CMS and stakeholders said in interviews with TIME was largely a result of the legislative and lobbying effort by the pharmaceutical industry and members of Congress.

Top Senate Democrats have said that Price may have on his other trades violated the STOCK Act, which prohibits members of Congress from using non-public information for profit when trading stocks.

Price is also at odds with President-elect Trump’s on several issues. In February, Trump criticized drug contributions to politicians. “The drug companies probably have the second or third most powerful lobby in this country,” he said at a town hall in New Hampshire in February. ““They get the politicians, and every single one of them is getting money from them.” He repeated the message in an interview with TIME late last year. “I’m going to bring down drug prices,” he said.

Health care researchers say the proposed Medicare changes that Price opposed last March would have been an important step toward reducing health care costs had they been enacted.

The rules would “protect patients who otherwise end up getting more expensive drugs than they need,” said Dr. Peter Bach, a researcher who supported the new rules and is the director of the center for health policy and outcomes at Memorial Sloan Kettering hospital.

In addition to the pharmaceutical companies, the Medicare rules would have also reduced revenues for some doctors, who get bigger bonuses for prescribing expensive drugs. Price “opposing changes to the fee-for-service payment structure is favorable to physicians and doesn’t necessarily favor good care or outcomes,” said Dr. Manik Chhabra, an internal medicine physician and researcher at the University of Pennsylvania.

Republicans have defended Price’s investments. “I’m the chairman of the Ethics Committee,” said Sen. Johnny Isakson according to the Atlanta-Journal Constitution. “Nobody knows the law, the STOCK Act, better than I do. Tom … has done a great job and has made no ethics violations.” 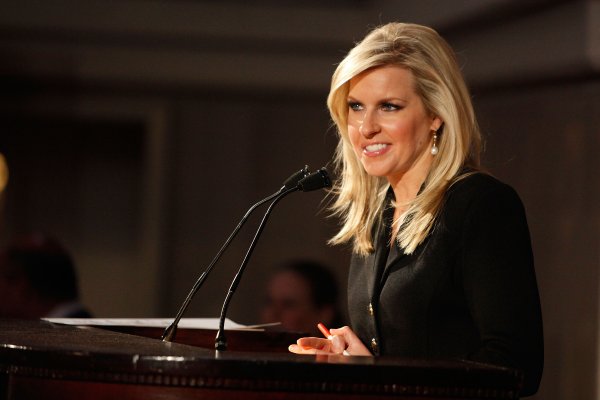