After receiving intense backlash for controversial remarks he recently made about Asian men, Steve Harvey took to Twitter Tuesday to apologize to those he offended. While commenting on a 2002 book titled How to Date a White Woman: A Practical Guide for Asian Men during an episode of The Steve Harvey Show, the host made several racially charged jokes that landed him in hot water.

“I offer my humblest apology for offending anyone, particularly those in the Asian community, last week,” he wrote in response. “It was not my intention and the humor was not meant with any malice or disrespect whatsoever.”

The routine prompted criticism from many, including Fresh Off the Boat author Eddie Huang and a group of Asian-American New York lawmakers. “You and your producers managed to insult Asian men, white women, and black women with a single skit,” the lawmakers wrote in a letter Friday, according to NY Daily News. “Your statements were racist, sexist, and completely inappropriate for a public figure on a show broadcast to millions.” 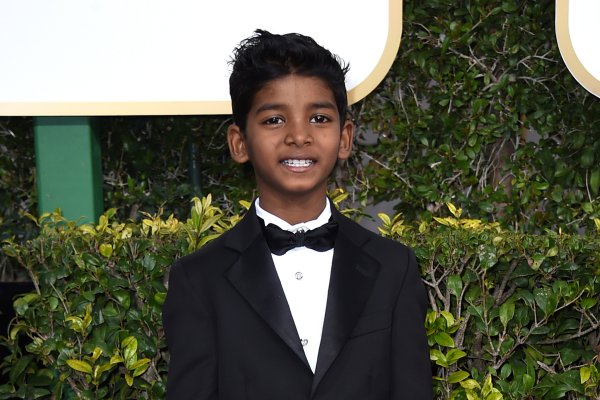 Lion Actor Sunny Pawar Hangs Out With President Obama
Next Up: Editor's Pick