In 2016, United Nations Secretary-General Ban Ki-moon traveled to more than ten countries in five months to draw global attention to the urgent needs of some 130 million people severely impacted by armed conflicts and natural disasters. A VR crew was granted unprecedented access to capture the journey.

Released in Mr. Ban’s final weeks in office after a ten-year term, “Home” offers viewers a rare behind-the-scenes look at Ban’s visits to communities where people are suffering in some of the world’s worst humanitarian crises. This is the first time the UN Secretary-General has been featured in a virtual reality film.

An avid technology enthusiast, Secretary General Ban Ki-moon has said that, “Virtual reality is a fascinating immersive technology. It has the power to make people perceive and feel one another’s reality and, in so doing, can help create empathy and compassion in a world that needs it more than ever.”

“Home” takes its audience on an extraordinary journey through an internal displacement camp in the Democratic Republic of the Congo to the vast Bekaa valley in Lebanon, and the sprawling Zaatari refugee camp in Jordan. “More than 60 million people are displaced. That is the largest number of people since the end of the Second World War. We must show them the solidarity they deserve,” said Ban.

The Secretary-General reveals personal details about his own life, explaining to school children in the Democratic Republic of Congo, that he himself was once an internally displaced person, forced to flee his burning village during the Korean war. In Jordan, he meets Zaad, a 16-year-old Syrian refugee teenager who dreams of becoming a translator, “to tell all the world what happened in Syria”.

According to UNICEF, currently 1 in 4 children around the world live in conflict or disaster zones. In 2015, nearly 1 in 200 children globally was a refugee, up from 1 in 350 in 2005. Just 2 countries – Syria and Afghanistan – accounted for nearly half of all child refugees in the world. The numbers of protracted emergencies – conflicts that have lasted for over five years – are growing. Fifteen conflicts have broken out or reignited in the past five years alone.

Produced by the United Nations Office for the Coordination of Humanitarian Affairs with the support of UNICEF, “Home” features a portion of the music track “#WHERESTHELOVE” by the multiple Grammy Award-winning group, Black Eyed Peas.

“It’s an honor to share Black Eyed Peas music with such an extraordinary project,” will.i.am, Black Eyed Peas frontman said about the collaboration with the United Nations. “#WHERESTHELOVE” sums up the overwhelming sentiment of concern for people who are trying to survive, and fleeing conflicts and unthinkable hardship. #WHERESTHELOVE is musical call-to-action to focus humanity on the things that unite us, vs. tear us apart. We are sending a message: for people living in crisis, the world has not forgotten you.”

To watch the full experience and to explore more exclusive virtual reality content download the LIFE VR app for iOS and Android or visit time.com/lifevr. 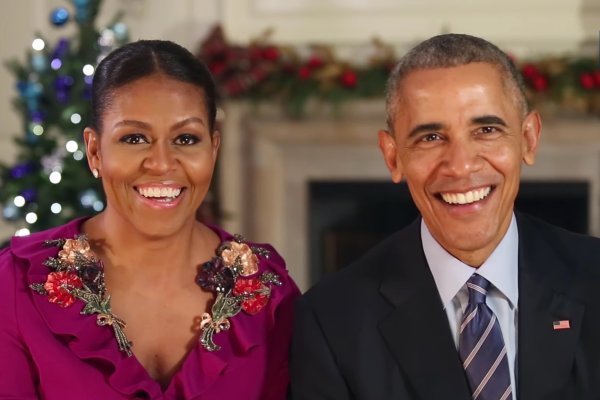 Take a Tour of the White House With the Obamas in This Virtual Reality Experience
Next Up: Editor's Pick