The cold open sketch poked fun at Trump’s plans to divest himself from his business, the lack of performers willing to sing at his inauguration and, of course, the unverified report that says Russia has compromising information about him.

Baldwin’s Trump refused to answer questions about report, saying only that “it didn’t happen and it wasn’t as cool as it sounded.”

Keener to talk about his business, Baldwin-as-Trump said he would hand over his company to his sons, “Beavis and Butt-Head.”

“You can tell they’re good businessmen because of how slicked-back their hair is,” he said.

When Sasheer Zamata, playing a reporter, asked how he planned to repeal and replace Obamacare, Trump said his replacement plan was called the Affordable Care Act. Zamata pointed out that taking away Obamacare meant millions of people could die.

“Listen, sweetheart, I’m about to be president. We’re all going to die,” Trump said.

Trump often slams the show on Twitter after sketches making fun of him — despite hosting SNL while running for president in 2015. He has not yet reacted to the latest skewering. 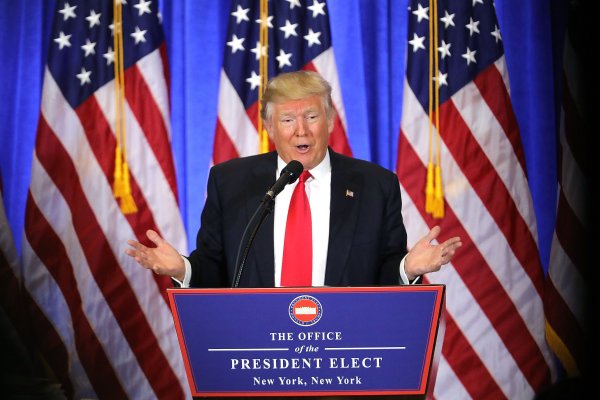 Here Are the Democrats Boycotting Donald Trump’s Inauguration
Next Up: Editor's Pick