Flint City Councilman Eric Mays leans on a palette of water as he listens to health officials answer residents' questions during a Flint water town hall meeting at the University of Michigan-Flint Northbank Center in Flint, Mich., on Jan 12, 2017.
Jake May—AP
By Josh Sanburn

A year ago, Flint, Mich., was engulfed in crisis. After officials belatedly acknowledged that the city’s water supply had been contaminated with lead and had poisoned local children, both Michigan and the federal government declared a state of emergency. Furious residents questioned what government officials knew about the dangers of the drinking water and why they didn’t act sooner.

Today, Flint has largely dropped out of the national headlines, but the battles unleashed by the public-health disaster are far from over. Flint’s residents still can’t drink the water without a filter, requiring most families to rely on bottled water for everything from brushing their teeth to cooking and bathing. More than a dozen state and local officials have been criminally charged over Flint’s poisoned water, including two former emergency managers who could face decades in prison if convicted, while the state’s attorney general tells TIME that the investigation is not yet over.

The city has made progress in improving the water quality—after switching from the corrosive Flint River back to Detroit’s safer water supply—and tens of millions of dollars have gone toward the recovery, which includes the daunting task of replacing 30,000 lead pipes. But even as that work is underway, some residents say change isn’t coming quickly enough, and they question whether they can trust what they’re being told about the water.

Here’s a breakdown of where things stand in Flint today:

Officials say the quality of Flint’s water has improved dramatically since the height of the crisis in 2014 and early 2015. The problems began in April 2014, when Flint switched its main water source from Detroit to the Flint River to save the city money. But officials did not properly treat the water coming from the Flint River, which leached lead from Flint’s aging pipes into the drinking supply. For months, residents complained about the smell and discoloration of the water even as government officials told them it was safe to drink. The city finally switched the water back to Detroit’s supply in October 2015, but by then the damage was done.

Now, a working group tasked with monitoring the city’s water, which includes representatives from local, state and federal agencies, says the water quality is improving but still unsafe to drink without a filter.

Marc Edwards, the Virginia Tech environmental engineer who first independently confirmed the water’s high lead levels and has continued testing Flint homes as part of that working group, says the water today is likely safer than water in many other areas of the country.

“There’s no reason to believe the water in Flint is any more dangerous than other U.S. cities,” Edwards tells TIME.

Tests of more than 150 homes around Flint have shown that a vast majority of residences are below federal limits on lead and copper and that bacteria levels are also dramatically lower than they were a year ago. But the group has yet to come to a consensus that the water is safe to drink and appears hesitant to do so anytime soon despite the recent test results. “Everyone is erring on the side of caution,” Edwards says.

Some residents, however, are highly skeptical of those findings. Melissa Mays, a local activist and organizer of the group Water You Fighting For?, is pushing for more extensive testing for homes in Flint to check for bacteria like Legionella, which led to a local outbreak of Legionnaire’s Disease that followed the water switch in April 2014 and killed 12 people. Mays says she still develops a rash from water in her home and questions the official findings about improving water quality. At a town hall meeting last week, a number of Flint residents crumpled plastic water bottles in protest as officials presented their research.

“We feel like we’re right back at the beginning,” Mays says.

Edwards, who presented his findings at the meeting, says he understands the skepticism aimed at officials who are telling residents that the water quality has improved, considering the misinformation officials gave residents for months in 2014 and 2015. “You can’t blame Flint residents for never trusting the water or a government agency or a scientist ever again,” Edwards says.

Where the criminal investigation stands

Michigan Attorney General Bill Schuette has filed 48 charges against 13 state and local officials who played a role in allowing lead to leach into the city’s water supply. In December, Schuette charged two state-appointed emergency managers—Gerald Ambrose and Darnell Earley—with multiple felony counts. They are the highest-ranking officials charged so far in the year-long investigation.

In an interview with TIME, the attorney general describes the Flint investigation as “probably the biggest investigation in terms of criminal activity in Michigan’s history, at least modern history” and says he believes financial concerns drove many of the poor decisions that led to the crisis.

“For $200 a day, had the leadership put phosphate in the water as an anti-corrosive, this wouldn’t have happened,” Schuette says.

The question moving forward is whether the probe will reach higher levels than the city’s former emergency managers. Michigan Gov. Rick Snyder has been a routine target of protesters who allege he hasn’t told the truth about what he knew about the water. Snyder says he first learned of the problem in October 2015, but a state task force found that the governor and his aides discussed water quality problems in Flint as early as that summer.

Read more: How Flint Residents Are Fighting the Water Crisis in Court

It remains unclear how long the investigation will continue, but Schuette did offer a general range. “We’re much closer to the end than we are to the beginning,” he says.

While some residents may never trust anything that comes out of their taps, replacing the city’s lead pipes could go a long way to easing their concerns.

Flint Mayor Karen Weaver has pledged to dig up and replace the city’s almost 30,000 lead service lines, but so far only about 700 have been replaced. Weaver blames the slow pace on inclement weather and a lack of state funding. At the town hall last week, officials said it could take up to three years for a complete overhaul.

The city has received $27 million from the state for the project, money Weaver describes as “enough to get us started” but not enough to finish. In a smaller sign of progress, last Friday the state announced that up to 4,000 Flint homes could receive new faucets to replace brass ones that could potentially contribute to lead contamination in the water. 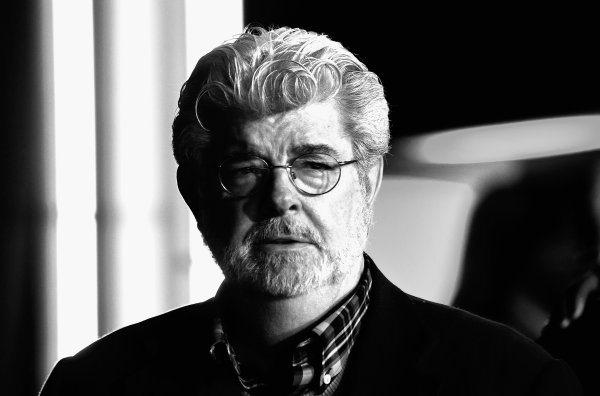