You don’t need to get a ticket to go inside the White House.

Felix & Paul Studios is giving viewers an intimate, inside look at 1600 Pennsylvania Avenue with its new virtual-reality experience called “The People’s House: Inside The White House with Barack and Michelle Obama.”

The 360° video tour, which was shared on Facebook and is also available via Oculus Video for Samsung Gear VR, begins in the Oval Office, with the viewer sitting face-to-face with President Obama. From there, the president and first lady give you a personal tour of the While House. From the Situation Room to the Old Family Dining Room, the first family offers their own personal memories of living in the White House during their eight-year stay.

“It was incredible to be able to capture a one-on-one private moment between the viewer and the president inside the Oval Office, and to position our VR camera exactly at the sitting place where President Obama very often receives his guests,” says Félix Lajeunesse, co-founder and creative director of Felix & Paul Studios. “Filming that scene was an immense and rare privilege for us, and we hope that the resulting VR piece will have a strong impact on viewers that will be preserved long after the Obamas have moved on.”

Co-founders Lajeunesse and Paul Raphaël previously told PEOPLE that when creating different virtual reality worlds, they focus on the emotional connection users have to the narrative of the story — rather than a game-like experience.

“We’re trying to start from that place of more film-like immersion—experiences of presence that are more realistic,” Raphaël told PEOPLE of the inspiration behind their creations. “[It’s] more about how you’d feel in the real world or in a dream than when you’re in a game when you have a defined rule set.” 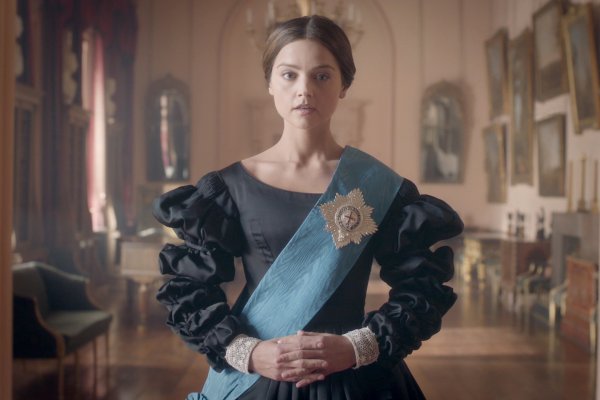 The Real History Behind PBS’s Historical Drama Victoria
Next Up: Editor's Pick