The One Reason We Can't Assess President Obama's Place in History

President Barack Obama signs a bill in the Oval Office of the White House, July 31, 2015 in Washington, D.C.
Alex Wong—Getty Images
By Lily Rothman and Olivia B. Waxman

By the time Friday arrives, the full list of what happened during Barack Obama’s presidency will be complete. Sure, new details may emerge as government documents are unclassified or as members of his Administration share their memories of the work they did, but what is going to have happened during his time in the White House will, when Donald Trump is inaugurated, have already happened.

And yet, when asked by TIME to comment on where he might land on future historians’ presidential ranking lists and what will be said about his legacy, several experts on presidential history hedged their answers and said it was impossible to say where he falls on a list of great U.S. presidents. The reason why may sound obvious, but it’s something that’s important to keep in mind as admirers and detractors alike reflect on Obama’s accomplishments.

The missing ingredient is time. Even if we knew every single tiny detail about what happened at the White House between Jan. 20, 2009, and this coming Friday, we could not yet know the effects of those events.

“I hate ranking presidents,” says Julian Zelizer, a professor of history and public affairs at Princeton, “because it changes.”

This factor is particularly relevant for Obama, Zelizer says, because signature legislation is often one of the ways that people assess presidential legacies, and laws supported by Obama (like the Affordable Care Act) stand at risk of being erased in the coming months and years. “Those policies have to last to be significant. They can’t fade away. If a president does a lot of things that are still around two decades later, I think that’s a great measure of whether a President’s been successful,” he says. “As you get further into the distance you can see how many have lasted and how many have fallen away, and you can take a look at where was the party, eight or ten years later. So even with my own reluctance to [rank Presidents], those are two measures you can actually take of a president to gain some sense of how effective they were.”

And even if a policy lasts, the way we think about it will inevitably change.

“Over time, some achievements will fade in importance and others, which we perhaps hadn’t underscored when time ran out on the Administration, become more important. That’s why it’s always important to be modest in making grand claims about a president’s legacy when they’re still in office,” says Timothy Naftali, who teaches history at NYU. “Look at the number of presidents whose reputations have improved, like good wine, with time.”

In particular, says presidential historian Doris Kearns Goodwin, a short-term view of a president’s legacy tends to focus on the situation the successor inherits, but longer-term assessments—at least at this moment in time—tend to focus on “whatever historically ends up helping towards social justice or economic opportunity.”

That changing view can take into account not just a new perspective on what matters, but also new knowledge about what happened to the world after a president leaves office.

“If people had ranked LBJ at the end of his presidency it would have been a very different ranking than he has today, because the war in Vietnam was still so tumultuous in people’s memory,” she explains. “Now, 50 years later, the awareness of how much was accomplished with Medicare, civil rights laws, the Great Society, and aid to education and immigration reform—he’s now going up in the historians’ polls. Similarly, Harry Truman left with such a low popularity rating, and then as time went by, people realized that he was the one who set us on a course to deal with the Cold War, the major problem that had emerged during his presidency, with the Marshall Plan, the alliances, aid to Greece and Turkey, and the recognition of Israel. So it really takes a while for people to put in perspective some of the turmoil that’s happening at the time.”

Only once historians are able to take a step back and see Obama’s presidency in context, able to see the extent of the challenges he faced and the effects of his actions, will they be able to really say whether he belongs on a list of great presidents like George Washington and Abraham Lincoln. And even then, those future historians are likely to find that their own answers are eventually obsolete—but that’s not likely to stop them from guessing.

“That’s what history will be figuring out, having fun to figure out,” says Goodwin. “It’s what keeps historians going.”

Write to Lily Rothman at lily.rothman@time.com and Olivia B. Waxman at olivia.waxman@time.com. 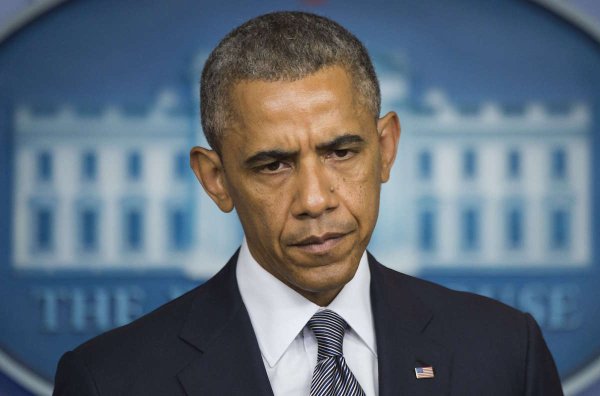 10 Criteria Future Historians Will Use to Rate Obama's Presidency
Next Up: Editor's Pick