Nintendo Is Launching a New Online Service for the Switch

Nintendo is launching a new online service that will be available for its Switch console debuting this March, the company announced during a press conference on Jan. 12. The service will be required to access online multiplayer mode for most games, according to Nintendo’s website.

In addition to online multiplayer gaming, the service will give Switch owners access to a companion smartphone app, which lets players invite friends to online games, set play appointments, and chat with friends during online games. That’s a departure from rival services, which include these features baked into the console experience.

The subscription will also bring some perks, such as a free monthly game download from the company’s NES and SNES retro games catalog. Nintendo’s website says players will be able to play these titles “for free for a month,” leaving it unclear as to whether or not the game will expire after that time period is up. Other deals are also included, like potential discounts on certain games and other digital content.

Nintendo will initially roll out the service as a free trial for Switch users, but will begin charging for the subscription in fall 2017. A limited version of the app is also launching for free this summer. The company has not revealed how much the service will cost, but Sony and Microsoft both charge $59.99 per year for their respective online services. (Users can often save money by buying longer subscriptions rather than going month-to-month.)

Nintendo’s forthcoming service is only available for the Switch, and will not impact Wii U or Nintendo 3D players. Non-subscribers will still be able to access Nintendo’s e-shop, manage their friends list, share screenshots on social media, and use Nintendo’s parental controls app for the Switch. While Nintendo has previously offered online gameplay for certain Wii U titles, like Splatoon and Call of Duty, the announcement suggests Nintendo is interested in building a broader platform for its console similar to that of Microsoft’s Xbox Live and Sony’s PlayStation Network.

Nintendo says it plans to announce more details about the service on its website at a later date. 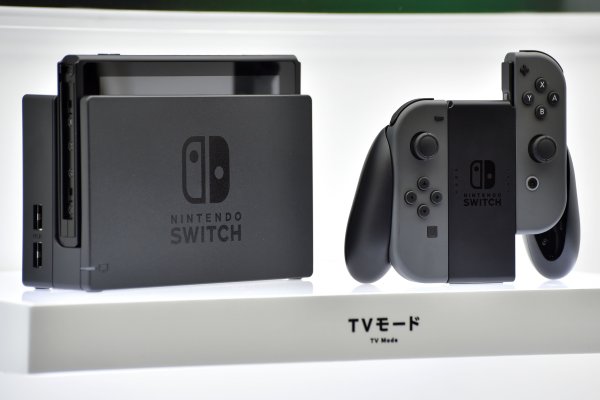 Here’s How To Pre-Order the Nintendo Switch
Next Up: Editor's Pick