Something remarkable has happened in one of the world’s most deadly countries.

On Wednesday, Jan. 11, 2017, El Salvador reported a full day without any homicides. This is according to the Central American country’s National Civil Police commissioner Howard Cotto.

The Associated Press (AP) reports that the previous murder-free day in El Salvador was Jan. 22, 2015, with one earlier such occasion in 2013 and two others in 2012.

The country of over 6.3 million people recorded as much as 16 murders every day on average in March 2015, a year that saw killing rates peak at 104 per 100,000 residents, according to AP.

Homicide rates in El Salvador fell by around 20% in 2016, reports AP, but an average of 14.4 killings every day still took place last year. Still, the murder rate of 81.2 per 100,000 residents makes it one of the bloodiest countries not in open warfare.

The ongoing violence is a result of pervasive gang violence in the country, where warring organized crime groups known as maras have caused widespread bloodshed. 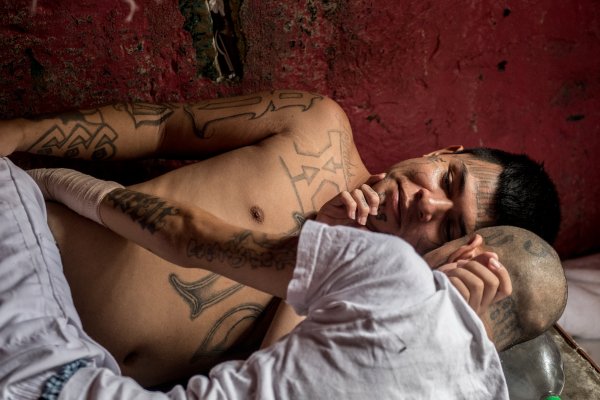 Inside a Prison Cell for Gay Former Gang Members in El Salvador
Next Up: Editor's Pick