Veep Creator: Donald Trump Will Be ‘Worse Than You Dared Imagine’

Armando Iannucci introducing the film that inspired him as part of the BFI Screen Epiphanies series in partnership with American Express at BFI Southbank on March 18, 2015 in London.
Tim P. Whitby—Getty Images
By Abigail Abrams

“America, you do realise it’s going to be an awful lot worse than you dared imagine?” the former HBO showrunner tweeted, referring to the impending inauguration of Donald Trump.

Many celebrities have reacted strongly to Trump’s surprise win of the 2016 presidential election. Meryl Streep used her Cecile B. DeMille Award acceptance speech at the Golden Globes this week to call out Trump and encourage her fellow artists to support the Committee to Protect Journalists.

And even before Trump won in November, Julia Louis-Dreyfus, star of Iannucci’s Veep, weighed in on the political climate. She told TIME last April that while her show is a comedy, it “is not a parody” of politics. “We create situations that are plausible,” she said.

Iannucci himself has also spoken out about politics in the past. In December, he wrote an opinion piece for the Guardian about the similarities between the climates that allowed for Trump to win and for UK citizens to vote to exit the European Union. 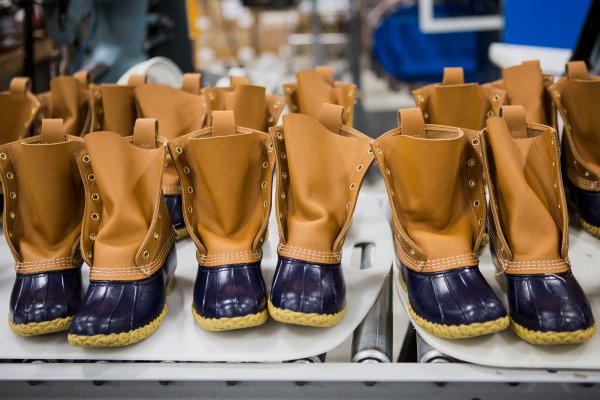 Here's Why Donald Trump Is Tweeting About L.L.Bean
Next Up: Editor's Pick