Jane Fonda is hopping off the Justin Trudeau Train.

The Hollywood actress slammed Canada’s prime minister on Wednesday and called him a “disappointment” because of his approval of oil pipelines from the Alberta oil sands, the Guardian reports.

Fonda, who is on a Greenpeace trip this week to call for a stop to oil sands development, said she was initially excited by Trudeau’s commitment to the Paris climate change agreement in 2015.

“He talked so beautifully about needing to meet the requirements of the climate treaty and to respect and hold to the treaties with indigenous people,” she said, according to the Guardian. “Such a heroic stance he took there, and yet he has betrayed every one of the things he committed to in Paris.”

Trudeau, who is known for his photogenic looks, feminist proclamations and playful antics, has kept some climate change promises such as announcing a national carbon price and rejecting the Enbridge Northern Gateway pipeline. However, in November he approved Kinder Morgan’s plan to expand its oil pipeline from Alberta to the Pacific coast and signed off on Enbridge’s request to replace its Line 3 pipeline, which runs from Alberta to Wisconsin in the U.S.

“I guess the lesson is we shouldn’t be fooled by good-looking liberals no matter how well-spoken they are,” Fonda said.

A Trudeau spokeswoman referred the Guardian to Canada’s natural resource minister. “Our government believes that the environment and the economy go hand in hand. The oil sands are an important source of jobs and economic prosperity for Canadians,” spokesman Alexandre Deslongchamps sald. “We believe we can only develop our natural resources when we can do so sustainably. That’s why we are putting a price on carbon pollution, strengthening environmental and safety standards, and making real investments in clean technology.” 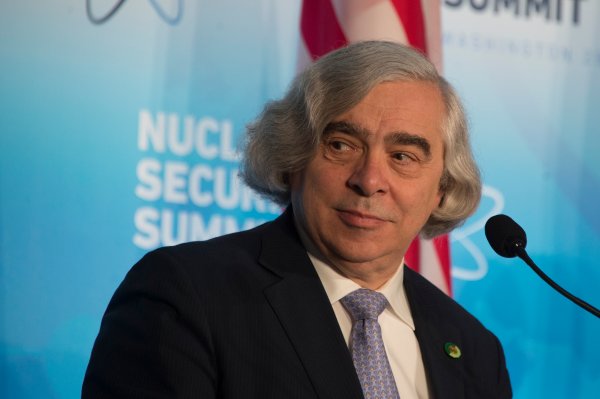 The Obama Administration Just Made It Harder to Muzzle Department of Energy Scientists
Next Up: Editor's Pick