Everything to Know About Donald Trump's Inauguration

US President-elect Donald Trump speaks during a press conference January 11, 2017 at Trump Tower in New York.
TIMOTHY A. CLARY—AFP/Getty Images
By Mahita Gajanan

Donald Trump will become President in just a little over a week, during an inaugural ceremony and a weekend packed with events. Here’s everything you need to know about the presidential inauguration.

Trump will be inaugurated on Friday, Jan. 20. The ceremony will take place on the West Lawn of the U.S. Capitol. Security screening will begin at 6 a.m., with music scheduled for 9:30 a.m. and opening remarks at 11:30 a.m. The day before the swearing-in ceremony, Trump and Vice President-elect Mike Pence will visit Arlington National Cemetery to lay a wreath and attend a welcome celebration at the Lincoln Memorial.

Tickets to the inaugural ceremony are free and available in limited quantity through your Congressional representatives. The Joint Congressional Committee on Inaugural Ceremonies distributed about 250,000 tickets to Trump and members of Congress. For those who can’t make it to the actual event, the ceremony will air live on broadcast news channels like NBC and ABC, and it will also stream live on Time.com.

Several protests have been organized for the days of and surrounding the ceremony. The largest demonstration is the Women’s March on Washington, which expects to see about 200,000 people in Washington on Jan. 21 to march in solidarity with “women, immigrants of all statuses, those with diverse religious faiths particularly Muslim, people who identify as LGBTQIA, Native and Indigenous people, Black and Brown people, people with disabilities, the economically impoverished and survivors of sexual assault,” according to its Facebook page. The march will “send a bold message to our new administration on their first day in office, and to the world that women’s rights are human rights,” the organizers wrote. Cities in other parts of the U.S. and abroad have planned affiliate marches as well.

The inaugural committee has faced hurdles in booking performers for the event. Confirmed performers include Jackie Evancho, a 16-year-old classical singer who became a sensation after finishing in second place on America’s Got Talent in 2010, the Mormon Tabernacle Choir, and the Rockettes. Several artists were asked to perform at the inauguration and turned down the request, including Charlotte Church, Moby, Andrea Bocelli and Ice T. The singer Rebecca Ferguson said she would accept Trump’s invitation to perform at the inauguration on the condition that she be allowed to sing “Strange Fruit,” a song about lynching originally performed by Billie Holiday.

Other events over inauguration weekend involve a parade down Pennsylvania Avenue and inaugural balls on Jan. 20. For the parade, which will take place after the swearing-in ceremony, tickets are required for the special viewing areas. Anyone can attend the parade in the general public viewing areas. There are three official inaugural balls; two will be held at the Walter E. Washington Convention Center and the Armed Services Ball will be held at the National Building Museum. The same night, Planned Parenthood will hold its Pink Ball at the Carol Whitehill Moses Center in D.C. 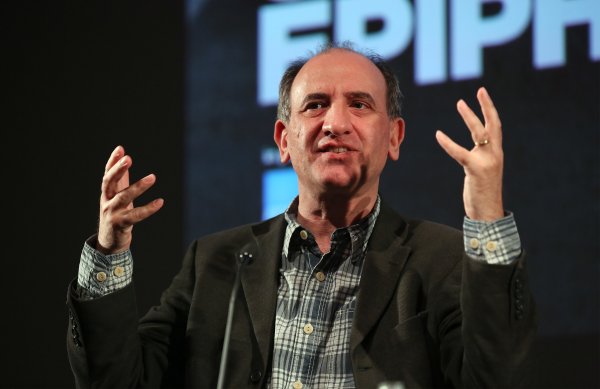 Veep Creator: Donald Trump Will Be ‘Worse Than You Dared Imagine’
Next Up: Editor's Pick