Flags of the NATO member countries fly at half-mast at NATO Headquarters in Brussels, Belgium on January 2, 2017, due to terror attack at a nightclub in Istanbul.
Dursun Aydemir—Anadolu Agency/Getty Images
Ideas
By John R. Kasich
Kasich was the governor of Ohio from 2011 to 2019.

It is conventional wisdom that history repeats itself. But the world should hope—and pray—that this maxim is off-base when it comes to our global security. Security arrangements, like the North Atlantic Treaty Organization (NATO), which through 71 years since the end of World War II have kept us safe from yet another global conflict, are quickly showing signs of coming undone. And if history is indeed repeating itself, we can’t say we haven’t been warned, and we must take steps now to change our current course.

As governor of a state that is restoring its fiscal well-being by keeping pace with the demands and rewards of a global economy, I am increasingly concerned about the future of international alliances that has long ensured the United States and its partner nations of a stable world and the free flow of ideas and trade. These are not new concerns for me, having served nine terms in Congress, including 18 years on the House Armed Services Committee. From those perspectives I have feared this unraveling for some time, but my concerns are redoubled by recent threats to our alliances, both here and abroad.

Growing tensions across the world, fed by intemperate voices at home, have caused many in this country to second-guess the international alliances and relationships that have served us so well across seven post-war decades. As a result, those alliances have lost credibility with growing numbers here who say they prefer that we stay at home instead of supporting our allies overseas. In many of our allied nations, similar doubts are taking root.

Why is it essential that we support our allies? It’s more than a matter of protecting our own borders and preserving our national identity, essential as those goals may be. It’s also about protecting the collective human values that have for so long sustained the United States and what we rightly call the Free World—values such as freedom of speech; universal respect for all without distinction as to race, sex, language or religion; and a world open to free enterprise, travel and trade. These are the shared values that we and our allied nations believe in; the same values others scorn and deny to those they rule.

Through seven stressful decades since the end of World War II, these values and the moral standards they embrace have been the foundation of an international security framework, including NATO, which has helped us avoid global war and provided its partners widespread economic opportunity with free trade.

Unfortunately, that system and its fundamental values are under siege today as most participating countries have allowed our international security structure to erode. But history, always eager to relive its past, foretells what happens when our international alliances are taken for granted and left to decay, despite the rise of increasingly dangerous aggressors. Twice before, on the eve of World War I and again in the dark days before World War II, we witnessed regional instability that quickly led to global conflict—leaving tens of millions dead and large swaths of the world in ruin.

Fast forward to today, and we can see some of the same erosive forces at work: a weakening NATO and growing conflict in regions such as Georgia, Crimea and Eastern Ukraine. Perennial tensions and bloody conflict in the Middle East are joined by gathering storm clouds in North Korea and the South China Sea—and overhanging it all, international terrorism. Calls for disengagement, isolation and shuttered trade add to the sense that our world is coming undone.

Our nation is safer when freedom, democracy and the rule of law are embraced around the world. In places like Ukraine, there is a deep yearning for these values and we must encourage that desire, not dismiss it. The notion that it somehow makes us safer at home to sacrifice support for a free Ukraine in exchange for a better relationship with Russia—which continues to deny its unacceptable interference in our presidential election—is wrong and naïve. It’s inconsistent with our ideals and leads other allies to doubt our resolve. Putin only respects strength, which is one reason why I support Senator John McCain’s call for tougher sanctions against Russia and Putin’s inner circle.

Further encouraging this erosion, our once-vigilant alliances have failed to deal with the most urgent issues facing them, challenges such as the refugee crisis, secure borders, cybersecurity and intelligence-sharing in the face of terrorism. We need to fix those weaknesses, but in ways that help our alliances evolve, not by throwing away the underlying values that have held us together and kept the peace for so many decades.

Rather than allowing history to replay its sad lessons, now is the time for us to rediscover the spirit of unity and social solidarity we need to restore the functioning of our own democracies. We must also find in ourselves once again the courage to stand up for our values internationally—the values on which our shared system of security was built and that have become too easy for us to take for granted.

History will again show that it takes courageous resolve to preserve the values-based alliances that have kept us safe for seven decades. Without a shared commitment to freedom, how can expect it to survive? That is why we must reassure the Baltics and Ukraine—who live in the very shadow of Russia—that the United States will be there for them if trouble arises. Russian intimidation of our NATO allies or other free nations cannot be tolerated.

Instead of listening to the siren song of false prophets, we must relearn to work together with respect for opposing points of views in a search for the common ground and a recommitment to shared values that will help us together reaffirm our common humanity. We must strengthen our alliances with renewed vigor and purpose by rededicating ourselves to the values on which those bonds of trust are built.

It will not be easy in a time of austerity and anger to push against a rising tide of opposition, but as men and women of conscience, we must stand together and have the moral courage to look into the heart of darkness and do what is best for mankind.

The relentless repetition of history teaches us this: If we find the courage and unity to defend our values, we will succeed. And succeed we must. 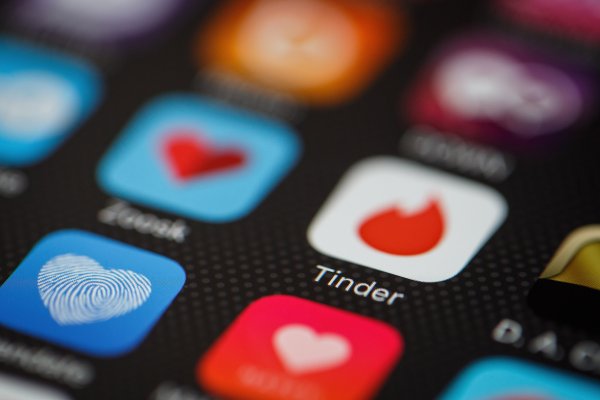 The Fallacy of Finding Your One True Love
Next Up: Editor's Pick