A Tennessee woman accused of attempting to terminate her own pregnancy was released from jail after pleading guilty to a felony, the New York Times reported.

Anna Yocca attempted to abort her 24-week fetus with a coat hanger in her bathtub in September 2015, according to police reports. After seeking medical help for heavy bleeding, she gave birth to the baby, who was ultimately placed in foster care and adopted. She was arrested and first charged with attempted murder. After a handful of other charges, prosecutors reached an agreement for Yocca to plead guilty to attempted procurement of a miscarriage so she could be released immediately from jail with time served.

“We’re glad Ms. Yocca is free after more than a year of unjust incarceration,” Jill E. Adams, the chief strategist of the Self-Induced Abortion Legal Team, a consortium of legal organizations that aim to protect women against punishment for ending their pregnancies, said in a statement sent to Motto. “Criminal prosecution is the wrong response to healthcare access issues. No one should fear arrest or jail for ending their own pregnancy or for seeking medical help when they need it.”

In Tennessee, a woman is only allowed to have an abortion after 24-weeks if her or the child’s life is in danger, and all women who want to receive an abortion in the state must undergo counseling and wait 48-hours before proceeding. Out of the state’s 95 counties, only four have abortion clinics. The county where Yocca lived does not have any clinics, according to the Times.

The murder charge against Yocca was dismissed in February 2016, but she was then re-indicted under the state’s controversial fetal assault law, which was passed in 2014 and used primarily against women who take drugs during their pregnancy. After that law ended in July 2016, Yocca was again re-indicted on three new felonies, including an attempted criminal abortion and attempted procurement of a miscarriage — two laws that originated in the 19th century.

Yocca’s case heightens fears about the state of abortion rights in the United States after the election of Donald Trump. In the months since Trump’s elections, a number of states have passed new restrictions on abortion. On the campaign trail, Trump vowed to appoint Supreme Court justices who would overturn Roe v. Wade and said once that women should be punished for getting abortions. (He later clarified that he would hold doctors, not women, responsible should abortion become illegal.) In Indiana, where Vice President-elect Mike Pence served as governor, a woman was originally sentenced to 20-years in prison for feticide after attempting to induce her own abortion with drugs purchased online. Last summer, a court of appeals overturned her conviction, saying that the state’s feticide laws weren’t meant to “prosecute women for their own abortions.” 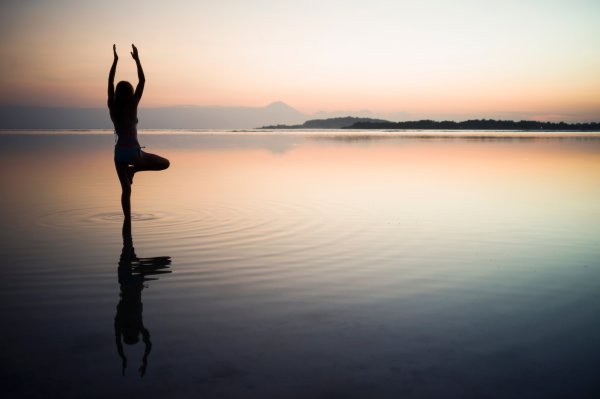 5 Wellness Retreats to Detox and Restore Your Bliss
Next Up: Editor's Pick