Director of National Intelligence James Clapper told President-elect Donald Trump that he does not believe leaks of a document detailing unsubstantiated claims of Trump’s connections to Russia originated from the intelligence community in a phone call Wednesday evening.

Clapper took the unusual move of issuing a statement on the matter a day after CNN reported that intelligence chiefs had briefed Trump, President Obama and senior congressional leaders on reports that Russian officials have a secret dossier on Trump that could be used to blackmail him. Buzzfeed followed shortly thereafter with the release of the dossier, which was compiled by a third party intelligence operative and contains a slew of unsubstantiated claims.

Trump suggested that he believes a member of the intelligence community may have been behind the leaks in the aftermath of those reports, adding that it would be a “tremendous blot on their record” if that was the case. He tweeted early Thursday morning in response to Clapper’s call.

Most of the President-elect’s Twitter message remains unsupported or false beyond the fact that Clapper spoke with Trump. Clapper did not say in his statement that document was false, instead noting that the intelligence community “has not made any judgment that the information in this document is reliable.” He also did not make any judgment about the legality of the document’s circulation among members of the media and political establishment.

Clapper also used the opportunity to express concern at leaks from the intelligence community more broadly and find common ground with Trump. “I expressed my profound dismay at the leaks that have been appearing in the press,” said Clapper. “We both agreed that they are extremely corrosive and damaging to our national security.” 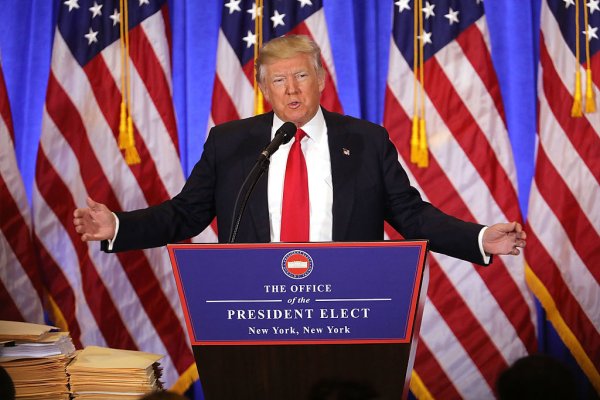