When hip-hop veterans Jaime “El-P” Meline and Michael “Killer Mike” Render came together to record their first mixtape as Run the Jewels, they weren’t expecting much out of the side project beyond fraternal fun. “When I started this band, didn’t have no plans, didn’t see no arc,” El-P raps near the end of the pair’s new album, Run the Jewels 3. “Just run with the craft, have a couple laughs, make a buck and dash.”

Mission accomplished, and then some. 2014’s fierce, filthy Run the Jewels 2 was rightly hailed as one of that year’s best records. Now at an unexpected career peak, they’re hip-hop’s paunchy, middle-aged everymen. And their demands are simple: a copious marijuana stash, consensual and freaky sex, and the demolition of institutions that foster racism and inequality.

When Run the Jewels last released an album, Donald Trump was months away from announcing his presidential bid. His rise casts a shadow over the duo’s new (and darkest) album, earning a shout-out: “Went to war with the Devil and Shaytan/He wore a bad toupee and a spray tan.” Mike and El-P have each been rapping about what they see as dark clouds on society’s horizon for years, but here–just as many of their young fans grapple with political grief for the first time–they start to sound exhausted. Thankfully, their trash-talking remains dexterous, with boast after boast landing squarely.

Yet the songs that pack the heaviest punch are the ones in which Mike and El drop their guard. The rumbling “2100” offers up a few of Mike’s potential solutions: “Make love, smoke kush, try to laugh hard and live long/That’s the antidote/ You defeat the devil when you hold onto hope.” In the end, they find strength in each other: their musical chemistry, their compatible worldviews, their shared commitment to fighting for those who can’t fight for themselves. 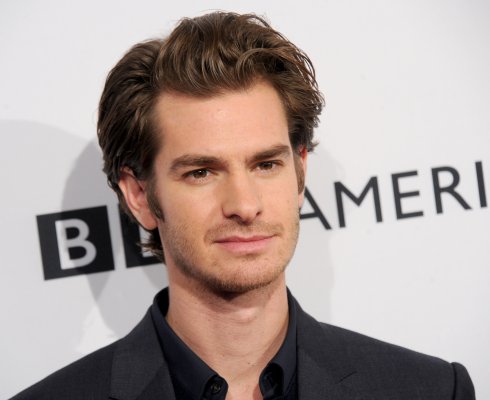 How Andrew Garfield Learned to Suffer Like the Saints
Next Up: Editor's Pick