How Andrew Garfield Learned to Suffer Like the Saints

Martin Scorsese’s latest movie, Silence, defies easy summarization. Says the director: “It’s hard to talk about, because the questions are so profound and so basic that it sounds pretentious: What is existence? Who are we? What is the human condition?” The film’s star Andrew Garfield doesn’t fare much better, concluding, “It feels like a long prayer.”

The plot is straightforward enough. Adapted from the 1966 historical novel by Shusaku Endo, Silence follows two 17th century Jesuits, played by Garfield and Adam Driver, as they travel through Japan in search of their mentor (Liam Neeson), who is rumored to have renounced his Catholicism. Garfield’s Father Rodrigues becomes the center of the film when he is captured by inquisitors working to remove all Christianity from their island nation. His captors test his faith through torture and ritual humiliation like defiling the image of Jesus.

Garfield’s performance, measured and dreamlike, turns this turmoil into a meditation on the cost of faith. What does it mean, Rodrigues’ story forces the character and viewers to ask, to believe when your faith is being used against you? In the end, Garfield’s prayer analogy comes closest to defining the experience of watching the film. More than a narrative, Silence is an extended rumination on the nature of pain and doubt, what Catholics call the “gift of tears” or the kind of wisdom accessible only through profound suffering.

The film marks a period of transformation for Garfield. The 33-year-old got his break playing one of Mark Zuckerberg’s classmates in 2010’s The Social Network before stepping into the role of Spider-Man for two films in 2012 and 2014. Since then he’s taken more demanding roles, including a conscientious objector in Mel Gibson’s World War II drama Hacksaw Ridge, which earned him a Best Actor nomination at the Golden Globes. Later this year he will star in a revival of Tony Kushner’s AIDS epic Angels in America at London’s National Theatre. Scorsese says this is why he wanted to cast Garfield when he first auditioned nearly four years ago. “I saw there was an emotional level that he already had,” says the legendary director. “He knew what the lines meant, or at least he was willing to find out.”

To prepare, Garfield studied with a Jesuit priest who took him through the spiritual exercises of St. Ignatius of Loyola, a four-week series of meditations during which he imagined walking with Jesus from birth to Resurrection. Later, with Driver, he spent a week at a silent prayer retreat in Wales. “I didn’t sleep very much, and I was having very vivid dreams. I wasn’t allowed to read, so it’s just you and you,” he says. “It was a deep dive into your own psyche through the imagined life of Jesus Christ.”

For the director, who has been developing Silence for nearly three decades after being moved by the anguish of Endo’s novel as a younger man, finding a star who would deeply commit was paramount. “People say, ‘Well, anybody wants work,'” but not necessarily,” Scorsese says. “Andrew actually wanted to think about all these issues.”

Both say this reflective mood could be felt in the energy of the production, which took place in Taiwan. “Very often, Andrew just looked at me and said, ‘We have to accept this,'” Scorsese recalls. “‘We have to accept the mist, the rain, the earthquakes.'” Garfield, like his character, seems to have undergone a spiritual journey. “There’s always been a spiritual feeling that I’ve had, but it’s never been my primary focus,” Garfield says, pausing before bursting into a beatific smile. 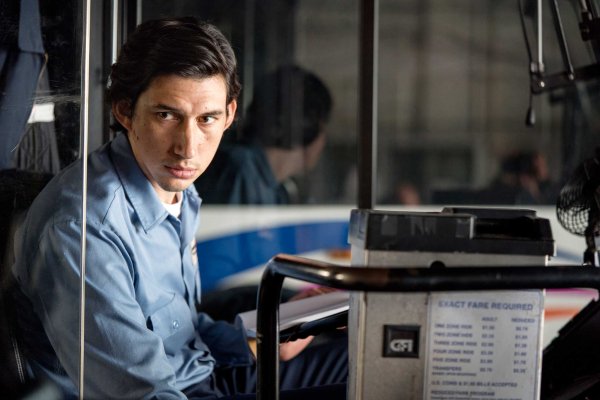 Paterson Sings the Poetry of Everyday Life in the City
Next Up: Editor's Pick