Processed marijuana is pictured in Ferndale, Calif., on October 22, 2016.
Katy Steinmetz for TIME
By Katy Steinmetz

Rhode Island lawmakers announced on Wednesday that they will try to legalize pot, again.

For the seventh consecutive year, lawmakers will introduce a bill that would allow adults to consume marijuana recreationally. But advocates are hopeful that the proposal might finally get a vote this time, in part because of the wins weed had in the 2016 election—some right in Rhode Island’s backyard.

Both Massachusetts and Maine legalized adult-use pot on Election Day, joining the western states of Colorado, Washington, Oregon, Alaska, California and Nevada. “Now that Massachusetts has passed and made it clear the way things are headed,” says the Marijuana Policy Project’s Mason Tvert, “these guys are going to want to jump in.” Tvert says that his organization, which promotes legalization, also has hopes of pushing legislation in Vermont and possibly other New England states in 2017.

The duo of Democrats behind the measure, state Sen. Joshua Miller and state Rep. Scott Slater, are making a proximity argument this time around, saying that residents will simply cross the border to buy legal pot in Massachusetts and that Rhode Island will “lose significant ground” in the process. Sales in Colorado topped $1 billion in 2016 for the first time, yielding more than $150 million in tax revenue for the state, which gives advocates fresh ammunition for making the financial argument, too.

If Rhode Island did take the plunge, it would be the ninth state to legalize consumption for adults 21 and older, as well as the first state to do so through the legislature rather than the ballot box. Both chambers of the legislatures are controlled by Democrats, who tend to be more friendly to legalization, and Gov. Gina Raimondo expressed openness to the idea last year, saying that she is “looking at whether Rhode Island should legalize recreational marijuana.” Medical marijuana has been legal in the state since 2006.

According to Gallup, Americans’ support for legalizing recreational pot hit an all-time high of 60% in October, with 67% of Democrats and 42% of Republicans saying they approve.

Raimondo has also said she’s in no “rush” to make the decision. And officials in both Maine and Massachusetts have moved to delay the opening of their marijuana markets “to work through the law’s complicated implications,” as one Massachusetts lawmaker put it. But the bill’s backers are arguing that the state has waited long enough.

“We have had several years to see how regulation works in Colorado and Washington,” Slater, the state representative, said in a statement. “And we have learned important lessons from their experiences. This legislation represents a sensible policy reform that has been shown to work successfully in other states.” 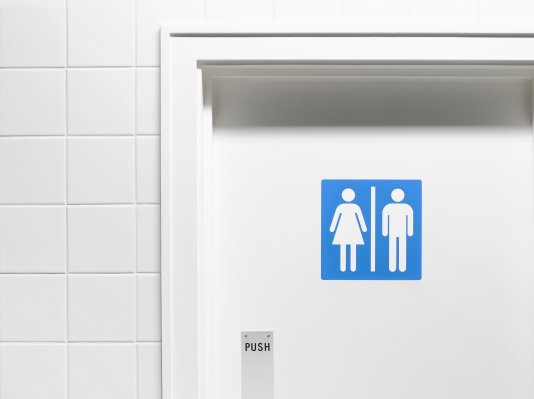 Lawmakers in 6 States Are Pursuing ‘Bathroom Bills'
Next Up: Editor's Pick