The rumors are true: Woody Harrelson will be joining the Star Wars universe as an unspecified character in the upcoming young Han Solo film.

Lucasfilm confirmed the casting this morning after trade reports broke the news that a deal was close last week.

The film’s directors, Phil Lord and Christopher Miller (best known for The Lego Movie and the 21 Jump Street films), released a statement Wednesday about Harrelson’s involvement. “We couldn’t be more excited to work with an artist with as much depth and range as Woody,” they said. “His ability to find both humor and pathos, often in the same role, is truly unique. He is also very good at ping pong.”

Harrelson will join Game of Thrones actress Emilia Clarke, who also has an unspecified role, as well as Atlanta star Donald Glover as Lando Calrissian.

Alden Ehrenreich (Hail, Caesar!) has the lead part of the galactic smuggler, and he was recently photographed by a fan having lunch with Harrison Ford. We have yet to learn what words of wisdom the original Han Solo had for the new guy, although the bearded Ehrenreich appeared to have Ford beat in the “scruffy nerf-herder” department.

The film doesn’t yet have a title but will focus on the early days of Solo’s adventures with Chewie and Lando, several years before he encountered Luke Skywalker and joined the galactic Rebellion. It’s due in theaters sometime in 2018, although a specific date hasn’t been set. 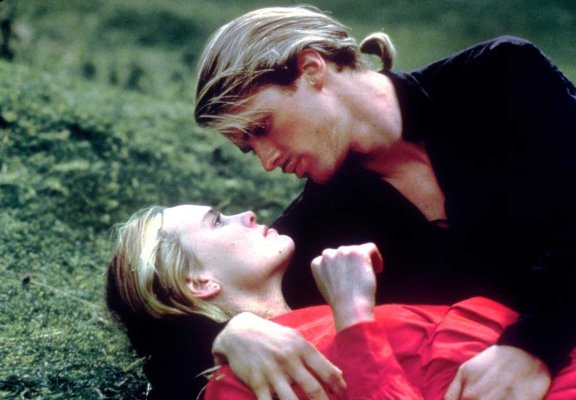 The Princess Bride Honest Trailer Proves It's the 'Best Sappy Swashbuckling Medieval Love Story Ever Made'
Next Up: Editor's Pick