Former ExxonMobil CEO Rex Tillerson appears before the Senate Foreign Relations Committee for his confirmation hearing to be U.S. Secretary of State on Capitol Hill in Washington, D.C., on Jan. 11, 2017
Chris Kleponis—AFP/Getty Images
By Justin Worland

Former ExxonMobil CEO Rex Tillerson tempered President-elect Donald Trump’s flat-out rejection of the science of climate change with an endorsement of the Paris Agreement during testimony on Wednesday following his nomination to serve as U.S. Secretary of State.

“I think it’s 190 countries have signed on,” he said before the Senate Foreign Relations Committee in reference to the accords. “We’re better served by being at that table than by leaving that table.”

Tillerson’s support for the Paris Agreement represents a stark contrast with the opinion of his would-be boss who promised to “cancel” the deal during the campaign. Such a move would all but doom the agreement, the product of decades of negotiation widely viewed as essential to halting the worst effects of climate change. More broadly, Trump has described global warming as a “hoax” created by the Chinese government (though more recently he said he had an “open mind” on the issue).

Tillerson’s views on climate change seem progressive in light of Trump’s unscientific denial of the phenomenon, but they remain out of step with the conclusions of climate scientists. The nominee said he accepts that greenhouse-gas emissions contribute to global warming, but his broader comments nonetheless suggest a skepticism of the urgency of the issue.

Read More: It’s Hard to Describe Just How Badly the Arctic Is Doing

The skeptical approach to climate science left many in the environmental community unimpressed and some groups called for a flat-out rejection of his Senate confirmation. Beyond the hearing, Tillerson has rattled environmentalists with his dismissal of climate change as an “engineering problem.” And his leadership of ExxonMobil — the country’s largest oil company — certainly has not helped. In addition to producing a commodity that contributes to climate change, the company remains under investigation for allegedly misinforming investors about the risks of global warming while simultaneously conducting research on that topic. (That alleged behavior precedes Tillerson’s time as CEO).

Nonetheless, Tillerson seemed to imply that he would serve as a moderating force in a Trump White House on climate change. “The President-elect asked for my views,” he said. “He has asked, and I feel free to express those views.”

Tillerson also reiterated his support for a carbon tax during the hearing, a policy most economists say represents the most efficient way to address climate change. But even supporters of the policy acknowledge that it has no realistic chance of being enacted in the U.S. and some skeptics of Tillerson view his support as a ruse intended to distract from more realistic options.

Many of the tensest moments of the hearing related to climate change came during questions about the ExxonMobil allegations. Questions on that issue drew a series of evasive answers from Tillerson. When asked by Democratic Senator Tim Kaine whether he was refusing to answer questions about his former company or simply could not recall, Tillerson replied, “A little of both.”

Protesters from Greenpeace interrupted Wednesday’s hearings on multiple occasions calling on Tillerson to protect future generations and pointing to some of the harms of climate change. But given Trump’s penchant for appointing climate-change deniers, it’s hard to know whether a replacement would better follow the science.

“Tillerson can be better than the alternatives,” Robert Stavins, director of the Environmental Economics Program at Harvard University, said last month. “But that is damning with faint praise.” 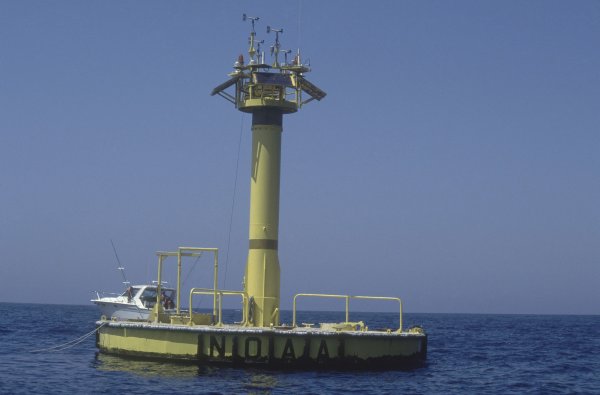 Climate Change Deniers Love This Theory But It’s Been Proven Wrong — Again
Next Up: Editor's Pick