In a press conference on Wednesday, President-elect Trump brought attorney Sheri Dillon forward to speak to the point of how he will avoid potential conflicts of interest between his business interests and his role as President of the United States.

His business empire is “not dissimilar to the fortunes of Nelson Rockefeller when he became Vice President,” she noted, “but at that time no one was so concerned.”

In fact, though Rockefeller’s wealth did not ultimately prove an obstacle for his service as Vice President under Gerald Ford, TIME’s archives show that plenty of people were concerned that his fortunes might pose a problem.

Rockefeller’s arrival in the office of Vice President came about in an unusual way, after Gerald Ford became President following Richard Nixon’s resignation in 1974. That circumstance left the vice presidency open, and Ford selected Rockefeller, a former New York Governor, to fill the job. Because of those circumstances, Rockefeller had to testify before the Senate before he could be confirmed as VP. As TIME reported, the influence of his money was a major concern among the Senators present:

In particular, gifts that Rockefeller had given over the years were seen as coming “perilously close to violating New York State’s conflict-of-interest laws,” as TIME put it in October of 1974.

Rockefeller was eventually given the Congressional O.K.—though his wealth was the primary concern among those who did not support the confirmation. He became Ford’s Vice-President, a position he served in until two years before his 1979 death. 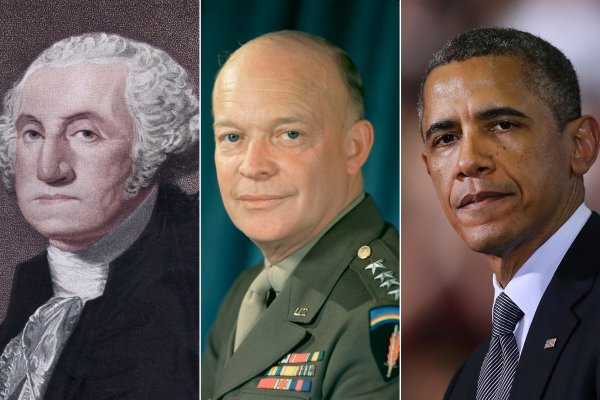 Barack Obama's Farewell Address and 6 Other Memorable Presidential Goodbyes
Next Up: Editor's Pick