Chance the Rapper counts Kanye West as not only a mentor but a close friend.

However, in an interview with GQ, Chance said that while he’ll always defend Kanye, he doesn’t necessarily want to be like him.

“I don’t think I ever wanted to be like Kanye in personality,” he said. “I think I definitely want to, have always wanted to, have his boldness or assurance in myself. But I’ve definitely seen Kanye do things where I was like, ‘I’d never do that.’ I’ve always been able to defend Kanye. When everybody’s like, ‘Kanye’s a nut, Kanye’s a nut,’ I’m one of those guys saying, ‘No, he’s saying some real s—t.’”

Chance even went so far as to defend one of Yeezy’s most controversial moments, when he stormed the stage after Taylor Swift beat out Beyoncé for the MTV Video Music Award for Video of the Year in 2009.

“Like when he went onstage with Taylor, I was, like…well…Beyoncé kind of deserved that,” he said. “I’m rationalizing everything that he does, but I can’t say that in the same position I would do the same things.”

And for those who think that Kanye’s speeches are candid, Chance says that in private life, Kanye has even more to say.

“Being around Kanye, Kanye says crazier sh-t in private than he does in public, which is hard to believe because he says the craziest things in public. He does have a filter. He’s not a liar or somebody that is going to sugarcoat things when he does speak.” 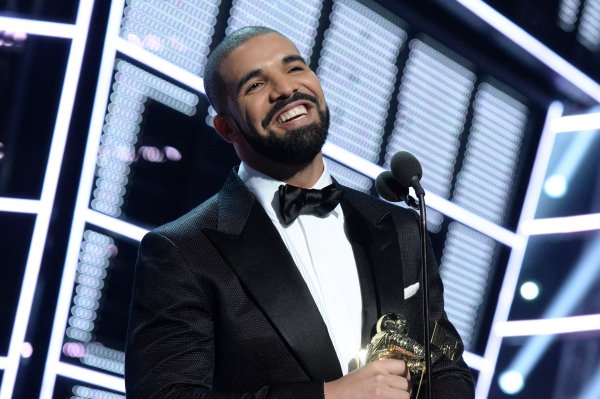 Drake Paid Tribute to Barack Obama By Giving Him a Drake Beard in This Picture
Next Up: Editor's Pick