Before George Takei won fans and praise for his work on Star Trek, he and his family were detained in a Japanese internment camp during World War II. Japanese Americans were deemed to be a threat to national security during the conflict, and FDR’s decision to intern them remains a dark spot on American history.

Today, Takei wants to make sure the same fate doesn’t await Muslim Americans. President-elect Donald Trump campaigned on the idea of instituting a Muslim registry and barring certain Muslim immigrants from coming to the U.S., and a former spokesperson for a PAC that supported him said the Japanese camps could serve as legal “precedent” for the suggested registry. In response, Takei has started a Care2 petition to “Stand Up for Muslims in the U.S.,” garnering more than 46,000 signatures as of Tuesday afternoon.

“National security must never again be permitted to justify wholesale denial of constitutional rights and protections,” Takei wrote. “If it is freedom and our way of life that we fight for, our first obligation is to ensure that our own government adheres to those principles. Without that, we are no better than our enemies.”

Once the petition reaches 50,000 signatures, Takei plans to present it in person to government officials and the Muslim Public Affairs Council, according to a press release. 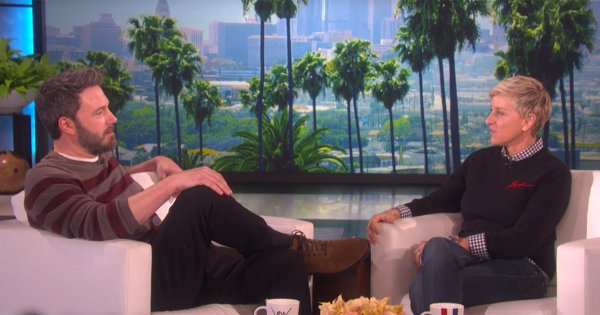 Hip Dad Ben Affleck Is Definitely In with the Cool Tweens
Next Up: Editor's Pick