Senators used the first day of Alabama Sen. Jeff Sessions’ hearings to test the boundaries of Donald Trump’s executive power and highlight areas where Sessions would need to limit him as Attorney General.

While several questions looked back at Sessions’ civil rights record, the backdrop to questions about Sessions’ future relationship with Trump was set early Tuesday, when Senate Judiciary Chairman Chuck Grassley (R-Iowa) asked Sessions whether he would be comfortable saying “no” to the President-elect, given their close relationship on the campaign.

“I will do so,” Sessions responded. “[You] have to be able to say no, both for the country, for the legal system and for the president, to avoid situations that are not acceptable. I understand that duty.”

As hearing progressed, often interrupted by loud protesters being taken out of the room, Sessions said as attorney general he would enforce settled law, including in areas where the law runs contrary to his personal views, such as on abortion and same-sex marriage. But he also set out specific issues where he might have to restrain the new president, including on religious freedom and torture.

For one thing, Sessions he would not sanction Trump’s proposed Muslim immigration ban.

“I do not support the idea that Muslims as a religious group should be denied entry to the United States,” Sessions said in response to a question from Democratic Sen. Patrick Leahy of Vermont, noting that Trump had revised the policy towards careful vetting of immigrants from countries with a history of terrorism. He did say that in some situations it would be appropriate to take religious affiliation into account, however. “Many people do have religious views that are inimical to the public safety of the United States,” he said.

Sessions said that waterboarding is torture and is illegal, contradicting Trump’s preferences on interrogation.

“Congress has taken an action now that makes it absolutely improper and illegal to use waterboarding or any other form of torture in the United States,” Sessions said in response to a question from Democratic Sen. Sheldon Whitehouse of Rhode Island. Trump repeatedly condoned waterboarding during his campaign. In 2015, Trump said he would reinstate the practice: “I would bring it back. I think waterboarding is peanuts compared to what they’d do to us,” he said. And in 2016, he defended torture at a Republican debate: “We should go for waterboarding and we should go tougher than waterboarding,” he said.

Another frequent refrain at Trump rallies was chants of “lock her up,” about sending former Secretary of State Hillary Clinton to jail. Sessions said he didn’t think he had ever engaged in one of those chants. But he said he would recuse himself from any matters relating to Clinton that might come before him as Attorney General because of his role in Trump’s campaign and political statements he made about her. “I do believe that that could place my objectivity in question,” he said. “I believe the proper thing for me to do would be to recuse myself.” (In December, Trump said that he no longer cared about prosecuting Clinton.)

More broadly, multiple senators asked Sessions about the role of the Attorney General and the Justice Department and how he would maintain independence from the Oval Office.

Sessions told Grassley he would hold oversight as a high priority. “I will be responsive to your request… The executive branch needs to be held accountable,” Sessions said.

Sessions told Whitehouse he would maintain the procedures adopted for limited communication between the White House and the Justice Department following the Alberto Gonzales scandal in 2007. “That’s the appropriate way to do it,” Sessions said. “I would maintain those rules.”

The Alabama Senator told his former committee that he would not lose sight of how to balance his role in the president’s Cabinet with the independence the job requires.

“The Attorney General ultimately owes his loyalty to the integrity of the American people and the fidelity of the Constitution and the legitimate laws of the country,” Sessions said. “I hope President-elect Trump has confidence in me so that if I give him advice that something can be done or can’t be done, then he would respect that.” 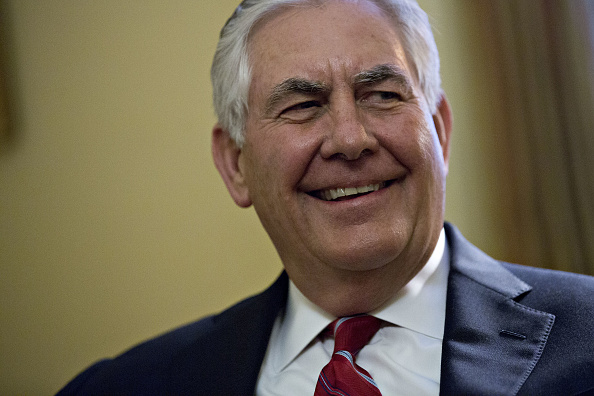