Aziz Ansari was disappointed by former Louisiana governor Bobby Jindal’s failure to register with Republican voters in the recent election, not because he agreed with any of the politician’s policies but because he thought it might finally land him a chance to appear on Saturday Night Live. “I finally look like a guy!” he joked with Jimmy Fallon in late 2015. But it turns out Ansari didn’t need Jindal’s help to become a part of the late-night comedy institution, as NBC announced Tuesday morning that Ansari would make his hosting debut Jan. 21.

Ansari has made frequent appearances on lists of actors and comedians who fans would like to see as host (there’s even a Facebook page dedicated to the cause). Ansari doesn’t appear to have any projects in the immediate future to promote—he said last year that he hoped Season 2 of his series Master of None would come out in April 2017, though Netflix hasn’t yet announced an official release date.

Saturday Night Live—which, contrary to Donald Trump’s recent prediction shows no signs of getting canceled anytime soon—has enlisted Ansari to host with musical guest Big Sean (disappointing news to all the DJ Roomba fans out there), following Felicity Jones’ gig, along with Sturgill Simpson, on Jan. 14. 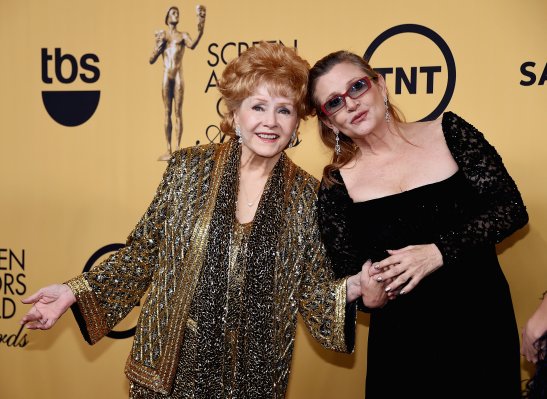 Carrie Fisher and Debbie Reynolds' Death Certificates Reveal Their Causes of Death
Next Up: Editor's Pick