Eva Mendes and Ryan Gosling are notorious for keeping their relationship private, going so far as to not speak about one another specifically or appear together in public.

So when Gosling showed up to the Golden Globes sans Mendes, it was hardly breaking news, nor was it too surprising that when he took the stage to give his acceptance speech for winning Best Actor in a Comedy or Musical for La La Land, while he referenced Mendes and their two daughters, he refrained from calling her out by name, preferring instead to allude to her as “my lady” and “sweetheart.”

Mendes, in turn, has acknowledged this circumspect affection with a coy response of her own via Instagram. With an image of Janelle Monae that she posted on Monday, Mendes both complimented Monae’s style prowess while giving a subtle nod to Gosling’s sweet speech with a caption that read, “Obviously this wasn’t my favorite moment of the night….But it was definitely my favorite style moment of the night.” 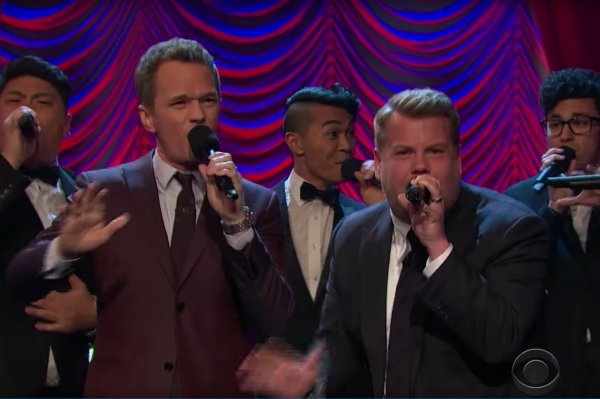 Neil Patrick Harris and James Corden Brought Their A-Game to This Sing-Off
Next Up: Editor's Pick