Tavis Smiley: A Letter to Obama, In Gratitude and Love

President Barack Obama waves as he departs the South Lawn of the White House by Marine One, in Washington, DC, on Jan. 10, 2017.
Michael Reynolds—EPA
Ideas
By Tavis Smiley

I know it’s been a while since we last talked. Eight years to be exact. I remain grateful for the times we used to talk, before and during the campaign; the time you spent mentoring the kids in my foundation’s leadership program; the numerous times you appeared as a guest on my tv and radio programs.

Funny how friendships can get funky, but sometimes in life, you have to fight with your friends.

That said, let me first say, thank you.

After your two terms, it’s no secret that I’ve had my issues with areas of your governance. And yet, I don’t in the least bit regret voting for you, not once, but twice. You were the best choice for America.

I have tried to frame my progressive critique of your administration in this way: Respect, Protect, Correct.

Respect. You didn’t get as much as you deserved or earned. Some were too quick to usher us into a post-racial America, when your election only proved that America was a little less racist—I thought. After the election of Donald Trump, I’m rethinking that one. Still others would not accept a black man serving in the White House, unless he was serving in the White House. You’ve always had my respect, and even for the guy coming behind you, my high regard for the office of the presidency remains.

Protect. For those of us who do respect you, we’ve had to work overtime defending you against an onslaught of white supremacy and racial attacks. Like Jackie Robinson, you’ve handled this with more dignity and decorum than most of us could muster. And, yet, there were times when you, your staff and certainly your most rabid supporters seemed unable to distinguish a loving and principled progressive critique from a right-wing racist rant. This attitude that “you’re with me or against me” was both myopic and snide.

Correct. Great presidents aren’t born, great presidents are made. They have to be pushed into their greatness. There is no Abraham Lincoln without Frederick Douglass. There is no Franklin Roosevelt without A. Phillip Randolph. There is no Lyndon Johnson without Martin Luther King, Jr. A president who wants to be remembered as a great statesmen, and not just another garden variety politician, must be willing to course correct. In short, progressives have been disappointed because there were too many fights you wouldn’t take on, win or lose. To be sure, the headwinds you faced were real, not imaginary. But too many times you overestimated the will of your opponents and underestimated the resolve of your supporters.

We’re both Christians, even though eight years later they’re still trying to make you a Muslim. When I think of your departure, I think of the scripture of Galatians 6:9, “And let us not be weary in well doing: for in due season we shall reap, if we faint not.”

It’s hard to see the parade when you’re on the float. But I believe that, in due season, the historians are going to be much kinder to you than you’re being regarded in this present moment.

History is written backwards while life is lived forward.

I am anxious to see how you will attempt to impact the lives of those who were left behind during your two terms in the Oval Office. Specifically, your most loyal constituency: black people. I love all of humanity, but I confess to having a particular and unapologetic love for black people.

Symbolism matters, but substance matters more. Given that black folk have lost ground in every single leading economic indicator category over the past eight years, I’m hopeful you won’t forget the debt you owe them.

In gratitude and love, thank you for having the courage to step forth, so that we might experience in our lifetimes that which many fellow citizens thought was impossible. Your election gave generations of children yet unborn, that which is in short supply these days: HOPE.

I wish you only good things, and look forward to supporting your future endeavors to help redeem the soul of America. 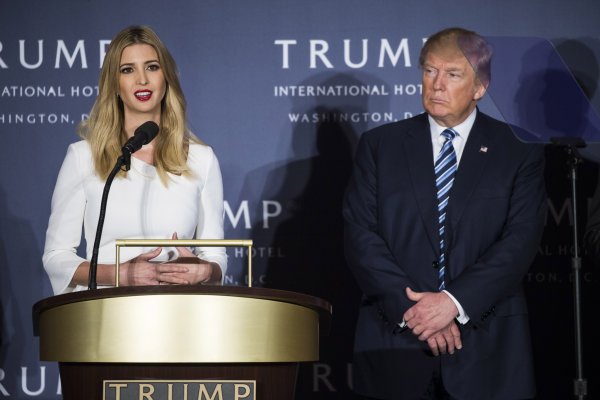 Pay Women More If You Want a Stronger Economy
Next Up: Editor's Pick