“Of course, the President-elect Trump was too focused on defeating ISIS and creating jobs to pick a fight with a celebrity,” Colbert joked to his audience, referring to the slew of critical tweets sent by Trump Monday, which included calling Streep “over-rated” and a “Hillary flunky who lost big.”

“Wait a second, I’m sorry, what? What? What did you just say? Meryl Streep, overrated?” Colbert asked. “Have you seen Sophie’s Choice? Have you seen The French Lieutenant’s Woman? Have you seen that one with the dead people, that she’s even funny in that one? Look, Mr. Trump. You can refuse to release your taxes. You can call to ban an entire religion. You can play footsie with a dictator. But calling Meryl Streep overrated? No! No! Too far!”

The Doubt and Out of Africa star had used her speech at the Golden Globes to voice her opinion about the president-elect. She noted that of all the performances she saw in 2016, the one that stuck with her most was not by an actor, but by Trump, referring to the moment he mocked a disabled reporter (something he later denied).

“It kind of broke my heart when I saw it, and I still can’t get it out of my head, because it wasn’t in a movie. It was real life,” she said. “This instinct to humiliate, when it’s modeled by someone in the public platform… filters down into everybody’s life. … Disrespect invites disrespect, violence incites violence. And when the powerful use their position to bully others we all lose.” 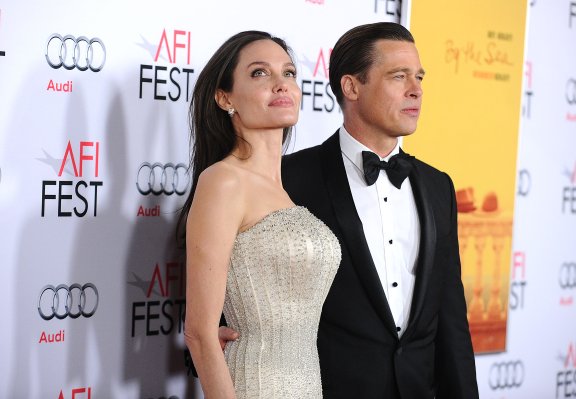 Angelina Jolie and Brad Pitt Agree to Handle Their Divorce in Private
Next Up: Editor's Pick