How the Yemen War Went from Regional Conflict to Humanitarian Crisis

At the tip of the Arabian peninsula, Yemen’s disastrous war has been raging for nearly two years. Somewhat overshadowed by the devastating crisis in Syria, it is nonetheless a major calamity: according to the U.N., more than 10,000 people have lost their lives, while more than 20m (of a total population of some 27m) are in need of humanitarian assistance. More than 3m people are internally displaced, while hundreds of thousands have fled the country altogether. There are reports of looming famine as the conflict destroys food production in the country.

So how did Yemen get here – and what are the prospects for turning things around?

This war has its roots in the popular uprising of 2011. That rebellion unseated the country’s long-time president, Ali Abdullah Saleh, whose General People’s Congress (GPC) has dominated the country’s political life since Yemeni unification in 1990. But what really triggered the conflict that began in in 2015 was the years of failed transitional negotiations that followed Saleh’s ousting.

The protest movement spread quickly across the country, its youth protesters soon joined by established opposition parties, as well as southern Yemeni separatists and the Houthi movement.

The Houthi movement emerged in the early 2000s; in brief, it’s a Zaydi Shia revivalist movement that seeks to redress the marginalisation of Yemen’s significant Zaydi minority, whose opposition to the Saleh regime erupted in outright violent conflict on six separate occasions between 2004 and 2010.

When defections from the military after the 2011 uprising threatened to trigger a civil war, the Gulf Cooperation Council (GCC), with the support of the UN and assorted Western states, presented an initiative under the terms of which Saleh handed over power to his deputy, Abd-Rabbu Mansour Hadi, while his GPC entered into a power-sharing arrangement with an alliance of opposition parties.

The GCC initiative provided for a National Dialogue Conference which purported to address a wide range of challenges facing the country by bringing together representatives of all political orientations as well as regional actors and civil society. But the process was flawed from the beginning, and it proved impossible to secure an agreement about what a future federal Yemen would look like.

During the transitional period, the Houthi movement secured its stronghold in the Saada province of north-western Yemen and began to expand its territorial control to the south. This it did with the active support of Saleh, its erstwhile enemy, and elements from his old regime, who felt that they too had lost out in the new political dispensation.

And as the economic and political situation in Yemen continued to decline – more people were killed in the transitional period than during the 2011 uprising – the Houthis’ opposition to what was increasingly seen as a corrupt and illegitimate regime gained broader support.

In January 2014, the Hadi government announced a plan to cut government fuel subsidies in order to secure outside support from the World Bank and International Monetary Fund. This increased the price of fuel by up to 90%, and naturally met with widespread popular outrage.

The Houthis took advantage of this ill-feeling to enter the country’s capital, Sanaa, and secured the agreement of the main political parties on a new set of measures that might have put the transitional process back on track: the formation of a new, inclusive government, the withdrawal of Houthi fighters from territories they had seized, and a review of Yemen’s state structure.

But neither the government nor the Houthis ultimately honoured their commitments. Instead, the Houthis set up a shadow government, ostensibly to oversee ministries and fight corruption. And when Hadi tried to push through a federalism scheme to which they were opposed, and which clearly violated earlier agreements, they arrested a presidential adviser and surrounded the presidential palace. After months of pressure, Hadi and his government resigned in January 2015.

In a further provocation, just weeks later, the Houthis appointed a “revolutionary council” by “constitutional announcement” and marched south towards the northern port city of Aden, to which Hadi had fled before retracting his resignation and re-establishing his government. Faced with the Houthis’ advance, Hadi ultimately fled into exile.

This is when the conflict internationalised. Saudi Arabia, with the support of nine other states, launched a massive air offensive with the stated objective of restoring the Hadi government and reversing the Houthi advance.

Since then, all attempts to end the conflict have ended in failure.

Talks in Kuwait between the opposing sides collapsed in August 2016. The sticking point was a UN-sponsored deal that proposed a political dialogue between the warring factions once the Houthi rebels withdrew from Sanaa and handed over their heavy weapons to a military committee, which would be formed by Hadi. The deal broadly matched the Hadi government’s position, but the Houthis rejected it, insisting on a new unity government that would effectively end Hadi’s tenure.

Other efforts similarly came up short. On October 16, the United Nations Envoy to Yemen, Ould Cheikh Ahmed, announced a 72-hour ceasefire in the conflict, which by then had been raging for 19 months, primarily to let in humanitarian aid. But any hopes that it would last were quickly dashed; the fighting resumed as soon as the three-day period had elapsed. A 48-hour ceasefire in November 2016 met a similar fate.

As things stand, no political solution seems forthcoming. And even if one does eventually emerge, Yemen now faces greater challenges than ever. The conflict has brought together a set of unstable alliances on both sides. The Houthis are allied with remnants of the Saleh regime, while the anti-Houthi alliance comprises Sunni Islamists, including al-Qaeda in the Arabian Peninsula and the so-called Islamic State, a diverse mix of southern separatists, and the remnants of the internationally-recognised government.

This is a highly complex war, and understanding it isn’t easy. As a result, it’s become part of a regional narrative of sectarian conflict, with the Zaydi Shias seen as Iranian proxies in conflict with Saudi-backed Sunnis. However simplistic and misleading that narrative is, it has become entrenched – and that makes the conflict even harder to resolve.

For now, the violence seems set to continue. All the while, the country faces a humanitarian crisis of extraordinary proportions that no political settlement can easily address. 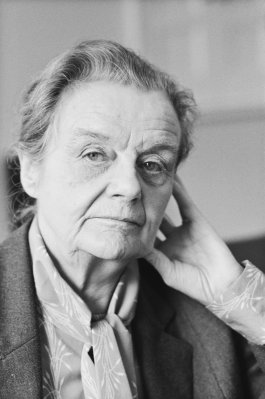 Clare Hollingworth, Journalist Who Broke the News of World War II, Dies at 105
Next Up: Editor's Pick