President-elect Donald Trump had nothing but fine words and praise for Meryl Streep, the multiple award-winning actress, in an August 2015 interview with the Hollywood Reporter.

When asked about which actresses he loved, the then contender for the Republican presidential nomination named Streep and Julia Roberts.

“Julia Roberts is terrific, and many others. Meryl Streep is excellent; she’s a fine person, too,” Trump told THR.

In her acceptance speech for the Cecil B. DeMille Award during Sunday night’s Golden Globes ceremony, Streep took aim at the President-elect’s 2015 mocking of disabled New York Times reporter Serge Kovaleski at a campaign rally, and advocated for press freedom. Trump fired back Monday morning in a series of tweets, calling her an “overrated” on Twitter on Monday morning.

Other people also had varying views of Streep’s Golden Globes speech as well, with Hollywood types tweeting their praises, and fans of MMA and the NFL among the disgruntled. 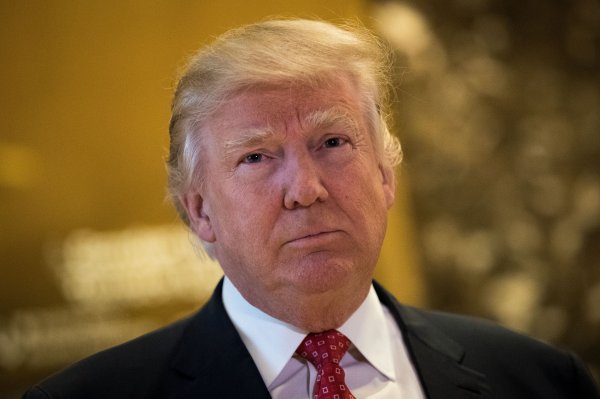 D.C. Stores Aren't Actually Running Out of Dresses for Donald Trump's Inauguration
Next Up: Editor's Pick