Donald Trump was propelled to the White House by white working-class Americans eager for the return of good-paying manufacturing jobs. But his plan to slash regulations and vigorously embrace the fossil-fuel industry—confirmed by his nomination of Exxon CEO Rex Tillerson as Secretary of State—will not create jobs. It will hurt the little guy he purports to protect.

Take Johnny and Joy Lewis from Chalmette, Louisiana. Johnny and Joy are active in their community—leading parades, hosting coffees and spearheading their local environmental group. Every spring, Joy bakes 5,000 cookies for the local St. Joseph Altar, a tradition of the Italian community. They worked as grocers for most of their lives and raised their family next to two polluting oil refineries. In November, Joy and Johnny voted for Donald Trump.

Climate change and the oil industry’s destruction of the Louisiana coast are big reasons why the Lewis’ home of 51 years was destroyed in Hurricane Katrina, but the refineries, including an ExxonMobil refinery, are the reason they did not return. “No way was I going back to live in all that pollution,” Johnny says.

This is the paradox of Trump’s energy plan: Unbridled fossil fuel development and gutting health and environmental protections will hurt the white working class, many of whom live in the areas where this development takes place.

Johnny, Joy and I met with the Exxon manager at the Chalmette Refinery as we worked to get Exxon to reduce its pollution. I brought up the fact that benzene causes leukemia and that Exxon releases benzene into the neighborhood. “You made him mad when you said that,” Joy said when our meeting was over, and it was true. The once calm manager flushed red at my words. He became aggressive when the subject of cancer came up.

Under Rex Tillerson’s leadership, Exxon has done its best to subvert the truth and avoid inconvenient facts like the connection between benzene and cancer. But a report from the Center for Health and the Global Environment at Harvard Medical School recently noted several studies that link exposure to refinery pollution in nearby residential areas to higher rates of leukemia and other cancers. Rex Tillerson’s former minions get angry at locals who bring up such facts, and in private community meetings I’ve attended, his lawyers try to explain away the fact that Exxon spent $30 million funding climate denial. The rest of us, however, pay the price for such dissonance. We know this all too well in Louisiana.

A federal judge cited the Exxon refinery in Chalmette for over 2,500 violations of the Clean Air Act. Over a decade after this ruling, the chronic accidents continue—many from breakdowns of the same pieces of equipment. The fossil fuel industry has an accident problem because its infrastructure—pipelines, platforms, tanks and operating units—is falling apart.

Donald Trump has pledged to boost infrastructure spending to repair the United States’ dilapidated roads and bridges. He should also develop the infrastructure needed for renewable energy, including new transmission lines, ports for offshore wind and charging stations for electric vehicles.

When it comes to fossil fuels, he should prioritize the repair of existing pipelines, refineries and other equipment in order to create jobs and prevent accidents. Rex Tillerson’s Baton Rouge refinery could use attention. Photos from an EPA inspection show the refinery with leaking valves covered in plastic bags and duct tape.

Talk to neighbors in refinery towns across the country, as I have, and it becomes obvious that serious infrastructure issues are not confined to my poor southern state. Just last year, the worst methane leak in U.S. history occurred over a wealthy, gated community at Aliso Canyon, Los Angeles—the result of a broken safety valve that had never been fixed. Imagine the people who could be put to work repairing these problems, not through expansions that masquerade as repairs and further our reliance on fossil fuels, but through a serious maintenance program of already-existing infrastructure. It is possible to transition away from fossil fuels while at the same time hiring more people and keeping them safe. This is an opportunity for Donald Trump and for Americans who need work.

Last month a worker at the Shell Motiva refinery in Norco filed this report to the National Response Center, the federal point of contact for oil spills: “Due to the loss of the pumps the unit had to be shut down. As a result, sulfur dioxide, volatile organic chemicals and benzene released to the flare.”

It isn’t just workers who are in danger. These chemicals are harmful to human health, and we are all exposed. Rolling back regulations so that refineries can release more of them will not bring back our jobs—it will cost us our lives. Just ask Johnny and Joy Lewis.

“I do believe it was the refineries,” Joy says of her daughter’s cancer. She grew up next to the refinery. She was a Bee Gees fan, and played the music repeatedly in her final days.

An honest reckoning acknowledges that successive administrations—Republican and Democrat—over a 40-year period did not protect the Lewis family and their neighbors. The Obama Administration finally required air monitoring for benzene, but for Johnny, it wasn’t enough. Maybe this is why he voted for Trump. “What have we got to lose?” he says.

Johnny overlooked Trump’s bigotry, misogyny and religious invective. He made the bet that so many Trump voters have made: That it can’t get any worse.

But pollution can get worse. Less enforcement and deregulation would be devastating for families who live on the front lines. More people will suffer needlessly. Some, like Johnny and Joy’s daughter, may die. The alternative—a common-sense approach to putting people to work preventing accidents—is the only good choice. Trump and Exxon should make it. 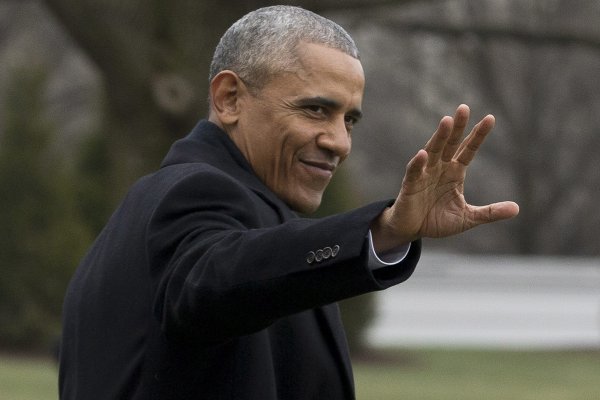 A Letter to Obama, in Gratitude and Love
Next Up: Editor's Pick