Melania Trump Is Giving Tourism in Her Native Slovenia a Boost

Slovenia’s tourism board is looking for a boost from Melania Trump, the Agence-France Presse reported.

According to the AFP, American tourists to the country, which is known for its handful of mountain-top ski resorts, rose 11% between January and October of 2016 as compared to the same period in 2015. “The interest in Slovenia hasn’t only increased since Trump’s victory but already began when he announced his presidential candidacy,” Slovenia Tourism Board spokeswoman Livija Kostantinovic told the AFP. “Slovenia, as a boutique holiday destination, has become better known among the US public and media. Due to the increased interest, the STB plans its most intense digital campaign ever in the US market for 2017,” Kostantinovic continued.

The incoming first lady, who was born in Slovenia in 1970 and will be only the second foreign first lady after Louisa Adams, has provided a wealth of marketing opportunities for the Central European country. Travel agency Muranica will begin offering a Melania-theme tour in March with stops around her hometown in Sevnica and Milan, Italy, where Trump got her big break as a model.

In Sevenica, local entrepreneurs are wasting no time trying to monetize on the Trump name. A local bakery began offering a ‘Melania’ cake — a white chocolate based treat filled with nuts and topped with gold decor — for three euros, and a crepe shop started whipping up ‘Melania’ pancakes with blueberries, cream and gold dust. And local shoe company Kopitarna Sevnica began selling felt slippers called the “White House.”

“We sent the future first lady a pair hoping they will keep her feet warm in the coming winter months,” Kopitarna Sevnica spokeswoman Mateja Reseta told the AFP.

But the Trump family isn’t entirely happy with the attempts to capitalize on Slovenia’s most famous former resident. Last month, Trump hired Slovenian law firm Pirc Musar & Partnerji to protect her likeness from being used without consent. “We just want to draw public attention to the fact that the words Trump, Melania and Melania Trump are protected trademarks on one hand and that use of Mrs. Trump’s image, name and characteristic features used for commercial purposes may amount to her personality rights infringements on the other,” the director of the firm told ABC News. “We issued a press release and sent it to all Slovenian media. Now we count on people’s prudence to stop the practice.” 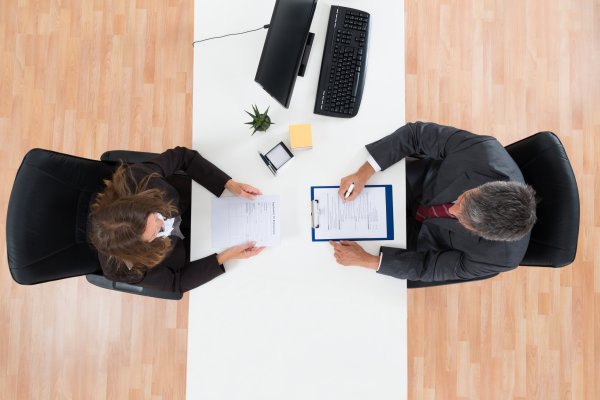 This Is What You Should Never Say During a Job Interview
Next Up: Editor's Pick