Following Meryl Streep’s denouncement of Donald Trump during her acceptance speech for the Cecil B. DeMille Award at Sunday’s Golden Globes, Billy Eichner and Meghan McCain engaged in a heated Twitter exchange over the actor’s comments.

The argument began after Fox news co-host McCain criticized Streep, tweeting, “This Meryl Streep speech is why Trump won. And if people in Hollywood don’t start recognizing why and how – you will help him get re-elected.”

Difficult People star Eichner apparently took offense to her stance and quickly replied with his own thoughts on the matter. “Um she asked him not to make fun of disabled people and advocated for the freedom of the press and the arts you f—ing moron,” he wrote, referencing Streep’s comments about Trump’s mocking of New York Times reporter Serge Kovaleski’s disability at a 2015 rally, which he later denied.

The debate only escalated from there, with McCain responding and Eichner proceeding to call out her father, Senator John McCain. 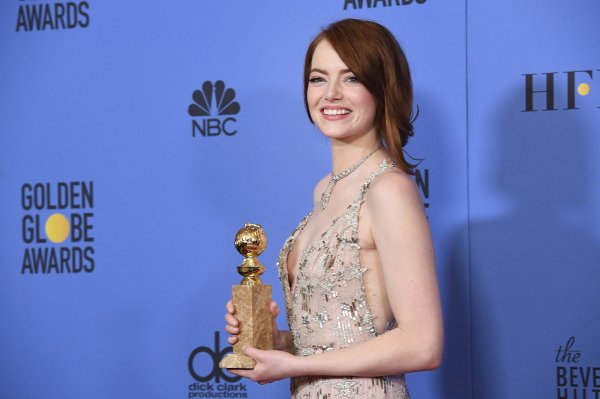 Watch Emma Stone React to That Ryan Reynolds and Andrew Garfield Smooch
Next Up: Editor's Pick